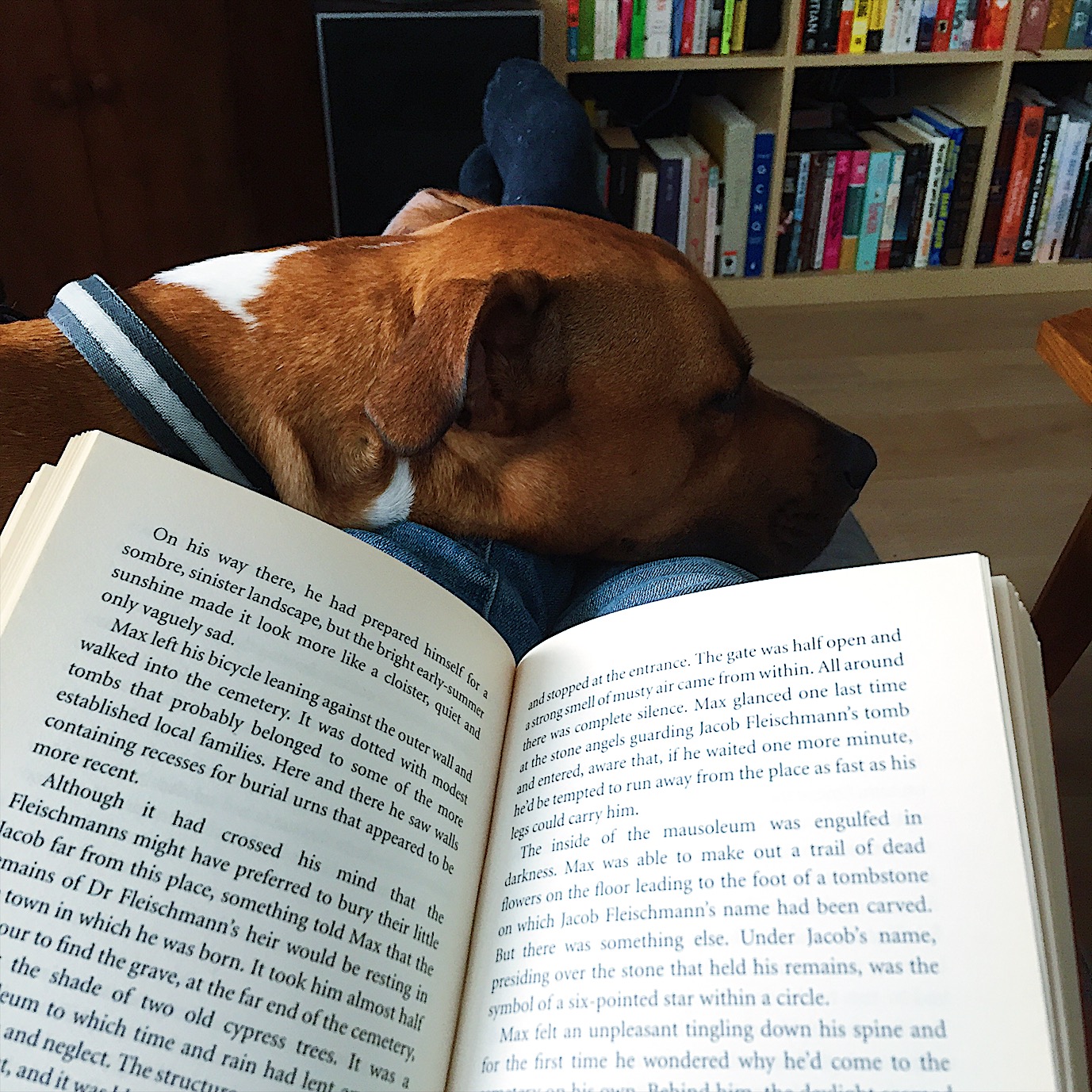 As a quick follow up to last weeks post and before we get too far into June, here are the books I finished in May. A month that consists of a lot of thin, quick reads as a change of pace from the big book club reads I didn’t finish yet.

What I read in May

‘The Prince of Mist’ by Carlos Ruiz Zafón 4/5

About a young boy who moves with his family to a coastal town, where a creepy clown statue is the start of some serious magical troubles.

This book reminded me of ‘The Night Circus’. I’m not sure if it was just because of the circus figures in this book, but I think it was the whole atmosphere of something slightly magical happening. I really liked it. My only point of critique is that it was too short, I would’ve liked the book to be longer. Some events happened very quickly and not everything was elaborated on enough (for me).

‘First, We Make the Beast Beautiful: A New Story About Anxiety’ by Sarah Wilson 4/5

In ‘First We Make the Beast Beautiful’ Sarah Wilson discusses her anxiety disorder and the research she did to help her deal with it.

What I liked about the book is her writing style, she manages to get a really nice balance between scientific research and her own experiences. So even though I don’t experience anxiety as intense as she does, it still gives enough resources and information to be interesting for me.⠀

‘Het Dwaallicht’ is about a man who helps three Afghan men find a lady they met on their boat. What appears to be a simple quest, turns out to be a lot harder.⠀

It was probably very woke in that time, but now it reads like listening to someone who thinks he’s really ‘woke’, but instead is about 52% woke; aware of prejudices, knows they’re bad, but still thinks and acts accordingly.⠀

Example: the main dude decides to help these people, because if he was lost in India (he assumes they are Indian), he’d appreciate help from the locals too. This is all very nice, but then instead of asking for their names, he just calls the leader of the group ‘Ali’. *cue eyeroll*⠀

Overall it was an interesting read that didn’t particularly age well.⠀

‘My Life Had Stood a Loaded Gun’ by Emily Dickinson ?/5

A short collection of some of Dickinson poems. The poems didn’t really resonate with me in this reading. Maybe next time.

‘Under the Udala Trees’ by Chinelo Okparanta 4/5

The story is about the life of a young lesbian girl (later woman) in Nigeria. It shows the response of her surroundings to the discovery of her love for another girl and her own journey towards (self)acceptance in a country that is very violent towards lgbtq+.⠀

I liked the book, the prose was beautiful but still, it hasn’t really stuck with me. I’m writing this review a few weeks after having finished reading the book and I’m struggling to find any significant thoughts on the book. So I guess that says something too :P. Overall it was nice, just not AMAZEBALLZ.⠀

The book is about a new disease called ‘colorlessness’ and it affects more and more people. The main character has the disease and is trying to figure out how society will function if all people have this disease that costs the government/society a fortune. ⠀

The concept of the book is amazing, the storyline was intriguing and I wanted to know how it would finish. Bonus was the ending that I did not see coming. The problem was the prose and some of the plotting. It was just very simple and not great and if she had maybe taken more time to iron out these kinks it would have been a great novel. So I do hope she keeps writing because the idea was great and I think she’ll only get better with time.

The story of the prettiest girl in a small town who gets drunk and then raped. It’s about small town life, but also about the rise of social media and the pressure to do the right thing.⠀

Didn’t love this book as much as I loved ‘Only Ever Yours’. Maybe because the main character was not very likable, maybe because what happens is just very horrible but I was force reading this one to get to the end.

I was pleasantly surprised by the poetry collection ‘Vrij – Wij?’ which I got for free during poetry week in the Netherlands. I will definitely keep it close by for some rereading.

A book about Hofstedes burn-out and the subsequent quest to research her relationship with her body.

This was my first ‘Bregje Hofstede’ book and she writes very poetically. I really liked her essay style and I’m excited to get into ‘Drift’, her non-fiction/fiction book.

‘We Should All Be Feminists’ by Chimamanda Ngozi Adichie 5/5

A transcript of TEDtalk with the same subject title. This was actually a reread and I loved it again. She gives a very interesting take on feminism and I think I’ll keep rereading it because it will give me something new every time I do.

May was a bit meh. Mostly because I was having a really hard time with ‘The House of Spirits’ and ‘The Lost Children’s Archive’. So in the end I just put them both on pause and read some stuff that was a bit easier to read. I notice that when I have a lot of books I have to read, reading becomes a bit less fun.

In April I wrote my TBR wishlist, it was this:

I read four of the nine, so not too bad. Especially considering I have started a bunch of the rest.

As you can see by the picture, my June TBR is split in two stacks: the left one is all book club reading and the right one is stuff from my TBR shelf.

To get a bit more excited about reading again after a bit of a slump, I’ve read the first chapter of all the ‘other’ books and I’m really excited about all of them except the ‘zadelpijn’ one. We’ll see if that gets better or if it just isn’t my cup of tea.