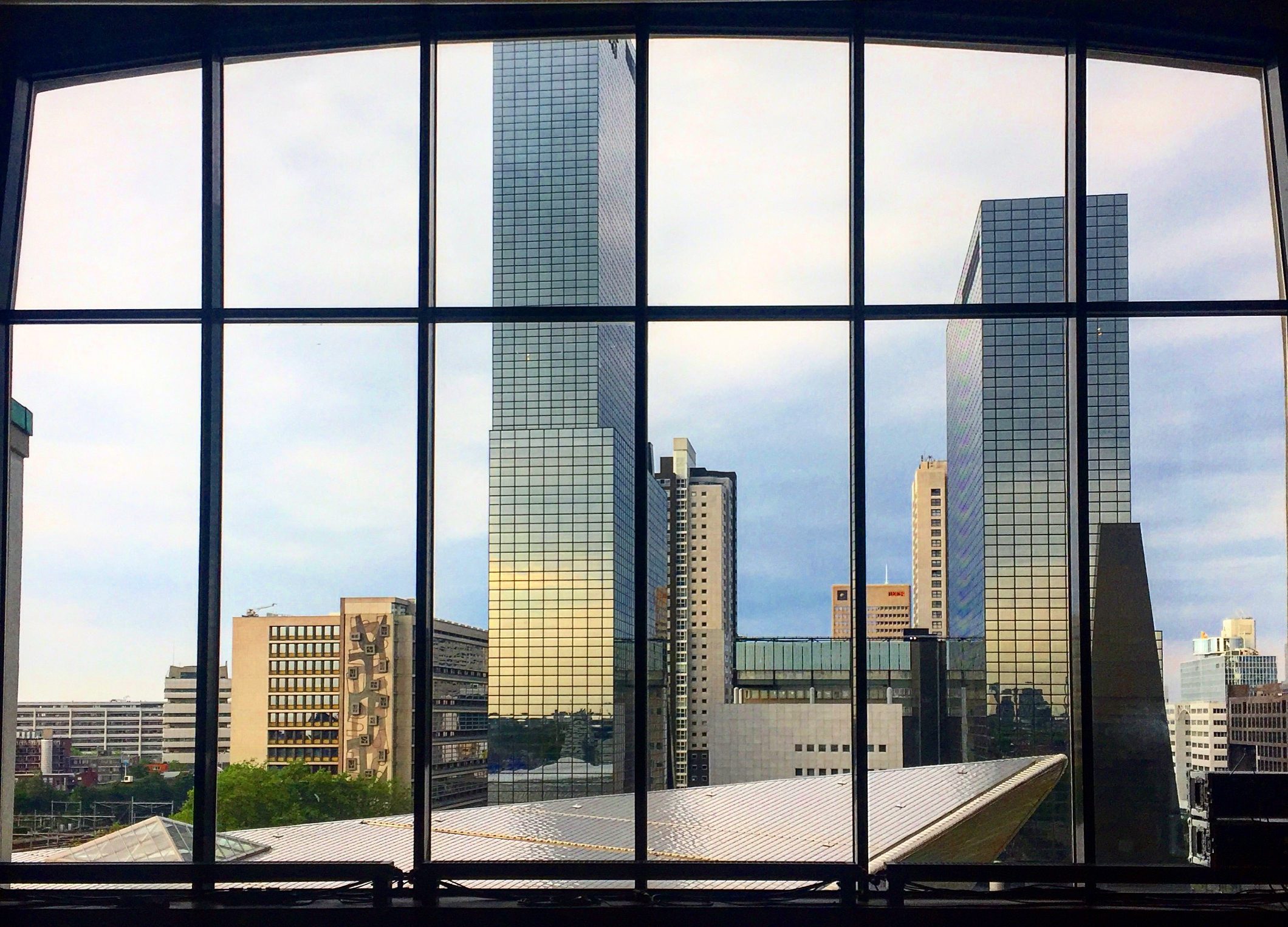 I totally failed in posting a review last month, so sorry. Fortunately it is now vacation! Which means I still probably won’t have time to write more, but I will try!

From what I have been seeing/listening/reading in the month June I highly recommend the following: 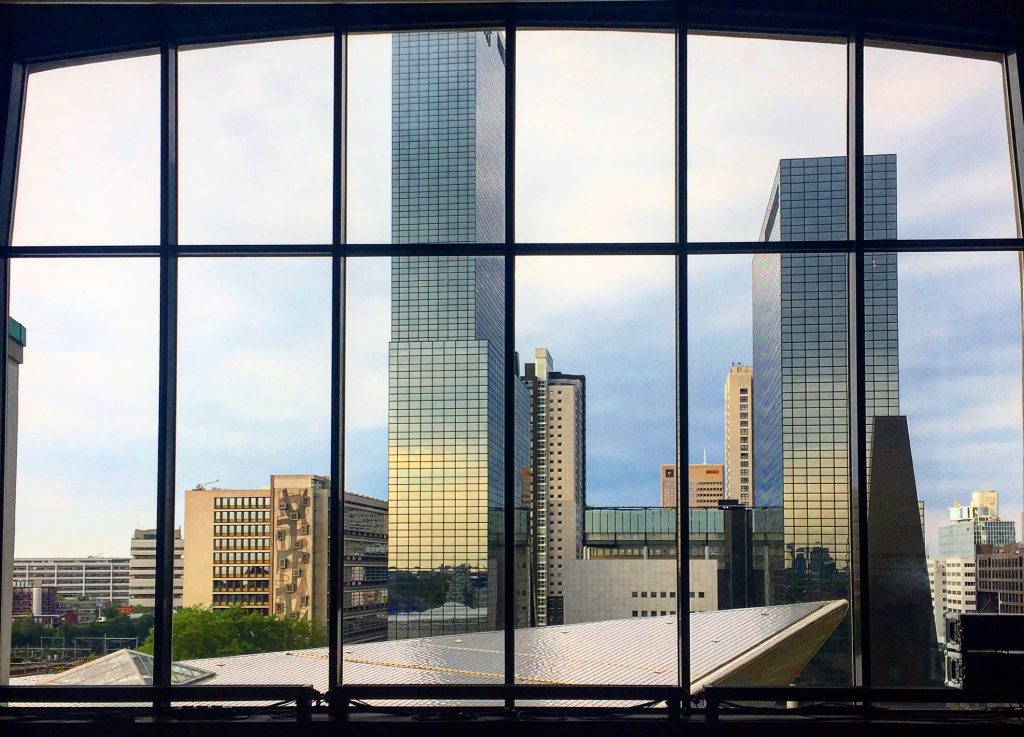 I saw the movie High-Rise at the top of ‘De Trap’ in Rotterdam. Besides the amazing view pictured above, the movie was also amazing. I have been recommending it to everyone, even though it isn’t in the cinema yet in the Netherlands. So it is something to look forward to!

The movie is about dr. Laing who moves into a new 40-storey high-rise. The rivalry between the rich people on the higher floors and the people living on the lower floors and human nature creates a down-ward spiral of despair and destruction. The opening shot shows a glimpse of the end of what happens to all these people after living together in a high-rise with only each other as company.

The movie is based on a book which was written in the 70’s when people slowly started to doubt the effectiveness of high-rise living. People started to think about the psychological effects of living in a tall concrete building and building sickness was starting to be a thing. The movie has a 70’s style to it, with the clothing and the whole scenery, but the concept of living in a high-rise is not at all something from the past. And even though more and more people live in high-rises now, it still gives food for thought. Check out the trailer and more info here: IMDb. I also love the poster, so I am including it below: 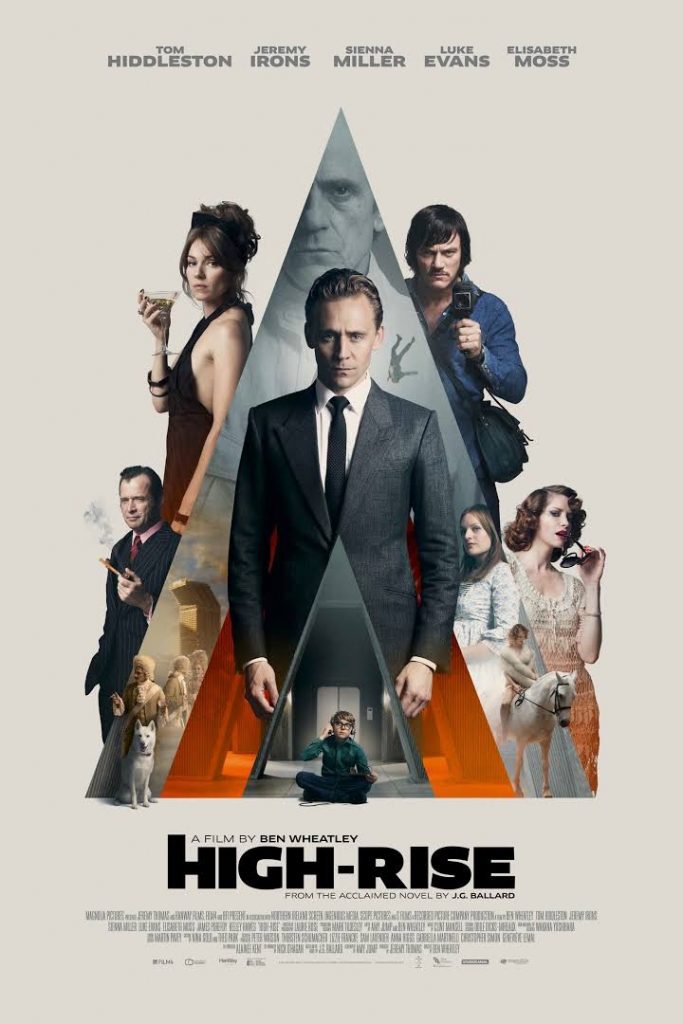 Last month I recommended ‘Grace and Frankie’ from Netflix and this month I have another recommendation: the Bo Burnham comedy special ‘Make Happy’. It is a one hour comedy show about our obsession with social media and the way comedians and performers manipulate you into loving them. It is funny, accurate and eye-opening.

In the same category I also want to recommend the Youtube series ‘Vlune‘ by Adrian Bliss. Adrian wants to become famous on Youtube and so he starts Vlune in which he vlogs everyday in June until Vidcon. He travels with his friend Greg to America to road-trip in an RV to Anaheim where Vidcon takes place. It is a touching, very funny and critical look into what vlogging has become with ‘clickbait titles’ and what one is willing to do for views.

Horrible news: I have only read 2 books in June. I am appalled by myself and deeply ashamed, especially since both were bookclub reads and I don’t necessarily recommend them, although I did enjoy them. So instead here are two of my current reads as photographed for my Instagram. 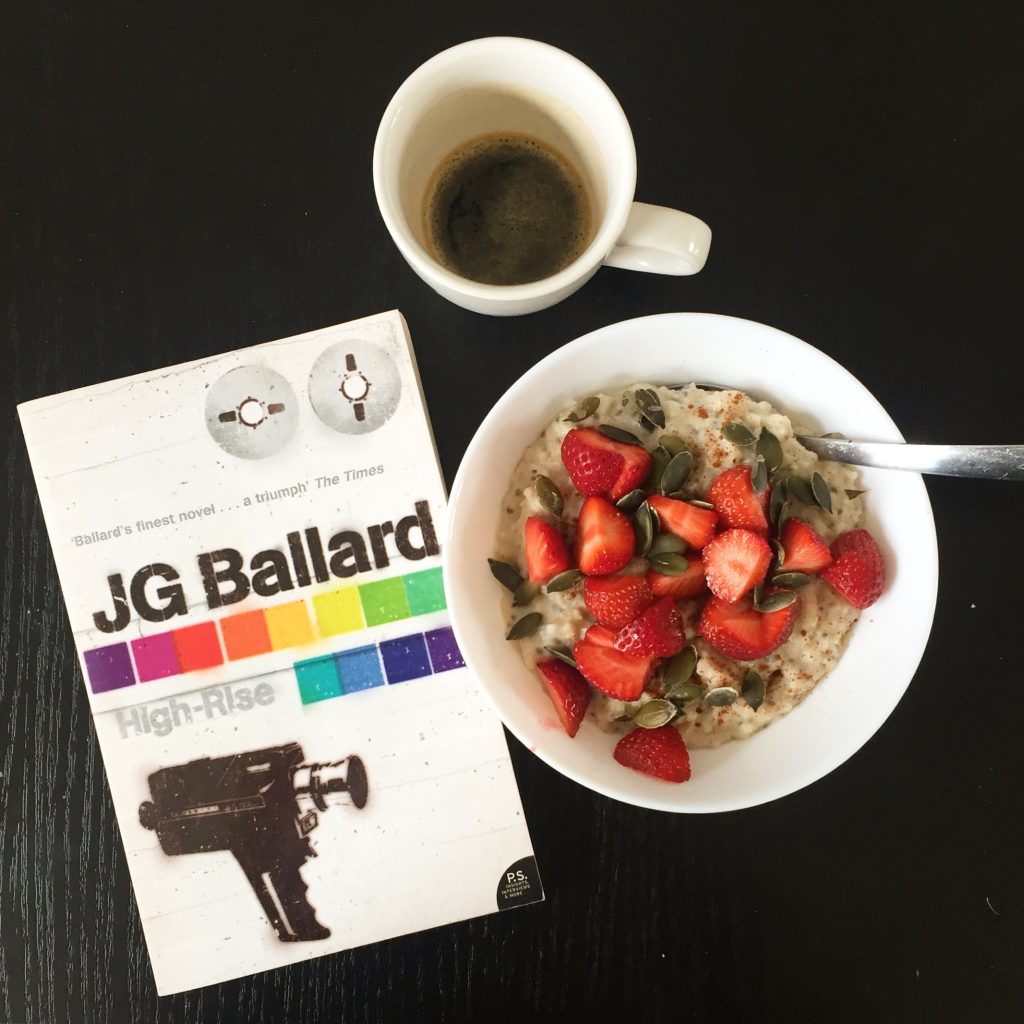 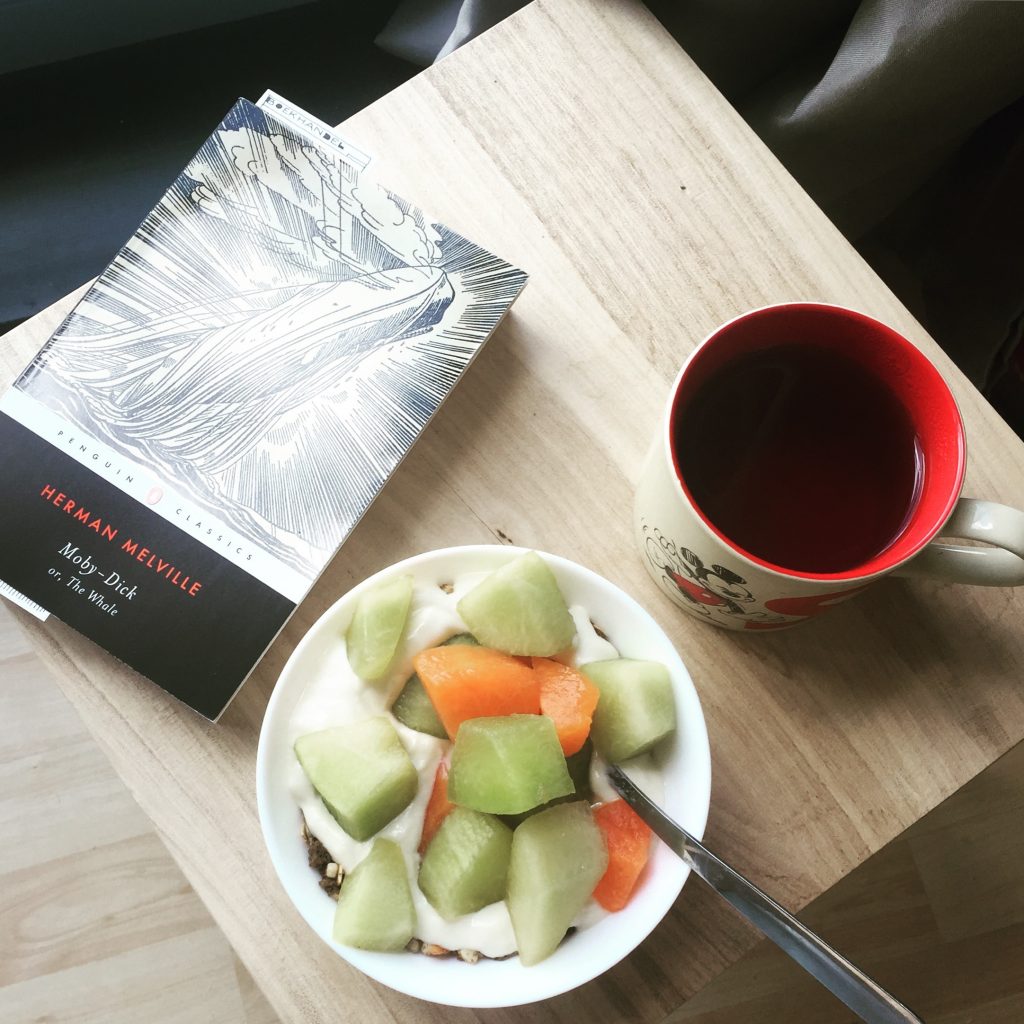 June was a total throwback month where I rediscovered Panic at the Disco!. I used to be obsessed with their first album, but after that I didn’t really listen to their stuff anymore. However this has completely changed since I discovered their latest album ‘Death of a Bachelor’. I listen to it almost exclusively, however I have also been listening a lot to Ariana Grandes latest album ‘Dangerous Woman’. As you can see, very similar..