I actually went to Verona a while ago (before Turin and Rome), but Verona is also worth a visit and here are some things to see/do! Verona is really easy to reach with the train from Milan and it costs about 24 euros for a return ticket in the regional train. When we arrived it was a little bit unclear which way to walk to the center, but once we figured it out it turned out we only had to walk straight and we ended up at the Arena in the center of Verona.

First thing to do in Verona: buy the Verona Card. It is simply the cheapest way to see the main attractions in Verona, since everything costs money (even some of the churches). For 18 euro you have one for 24 hours and you can visit everything for free and you can even use the public transport. Keep in mind that visiting the arena already costs 10 euros and Juliet’s house is also 6 euros, so by just visiting one more thing you are already cheaper off. 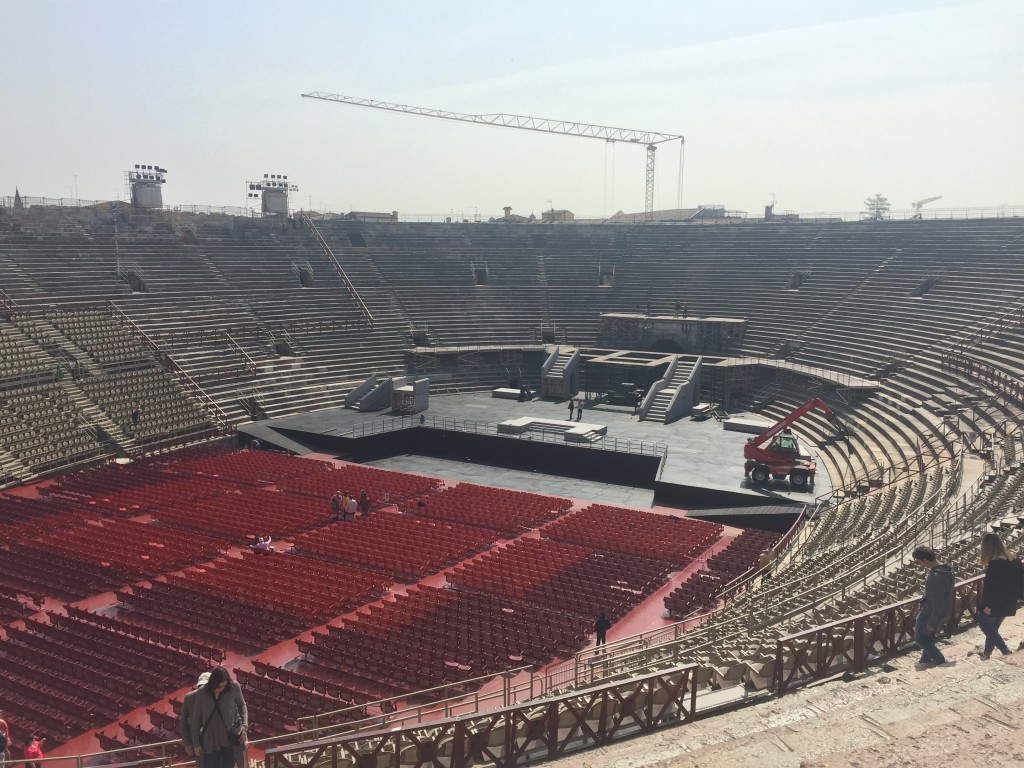 The first thing we saw was the Arena and we decided to go in. Here we found out about the Verona card and decided to buy it instead of a ticket to the Arena. Then we went in and it was really cool, but there was barely any information about the building which would have been cool. However you could climb the seats all the way to the top and the view was amazing. It was also cool to see the Arena was set up to be used, they give regular performances in the evening. I think it is even cooler to see the Arena when it is being used during a performance. 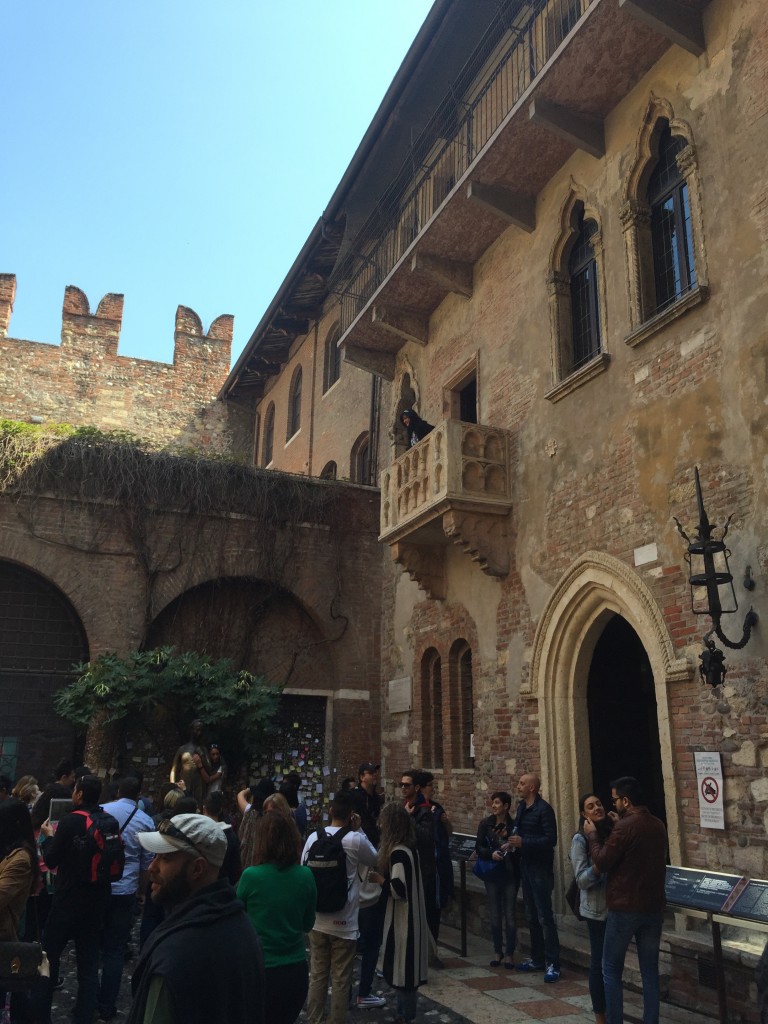 Next up was the house of Juliet, from Shakespeare’s “Romeo and Juliet” with the balcony that the famous balcony scene is based on. There is also a golden statue of Juliet, with which people kept taking pictures while touching her boob.. If anyone knows why, please let me know :P. Behind the statue is the wall where you can leave a letter to Juliet. We did not touch the boob or leave a letter, but instead went inside the house and visited the museum. On the first floor is the balcony and you can stand on it and feel really special. We thought that would be it, but actually it is a very big house/museum with some information about the story and about the people and times it is based on.

The rest of Verona 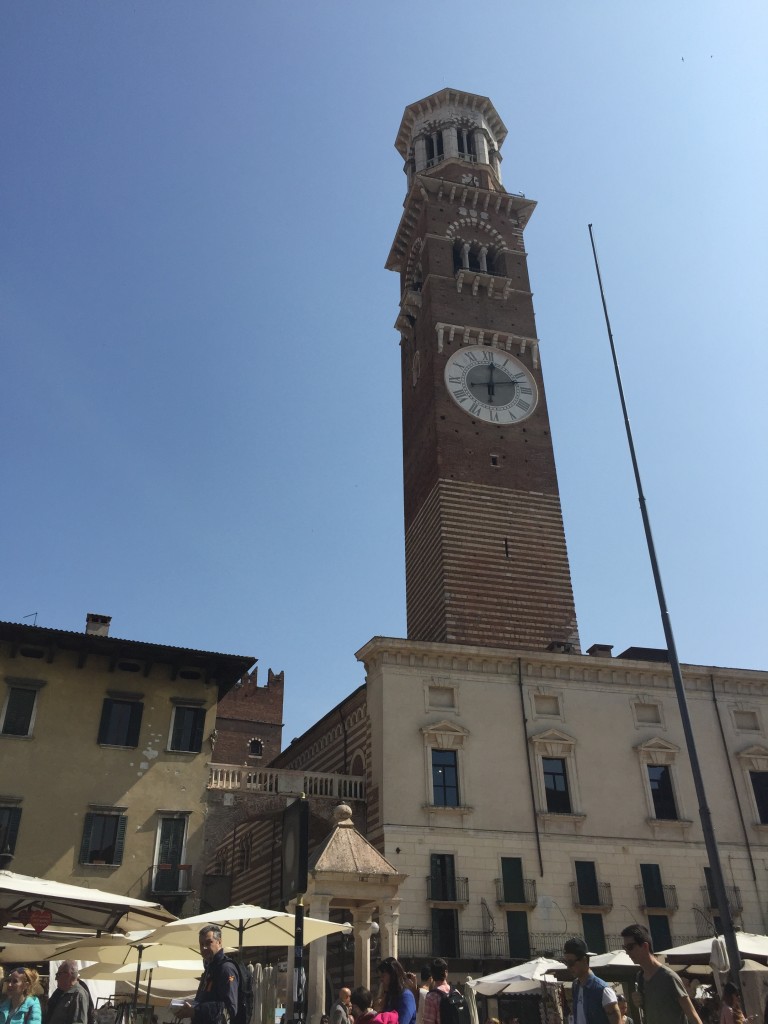 Also great to visit is the big market where there is also the bell tower. You can climb the bell tower for free (with the Verona card) or pay a small fee to use the elevator. We decided to train our leg and butt muscles and started the climb, it was a bit higher than expected, but we managed to go to the top. There are actually two levels at the top, both giving you a spectacular view over Verona.

Off course we also visited some churches, which were all very beautiful and one of them actually consisted of several churches from different eras.

After we were tired out from all the walking, we crossed the bridge and found a small park with a water square that children were playing on and we chilled in the grass before walking back to the station and taking the train back to Milan. 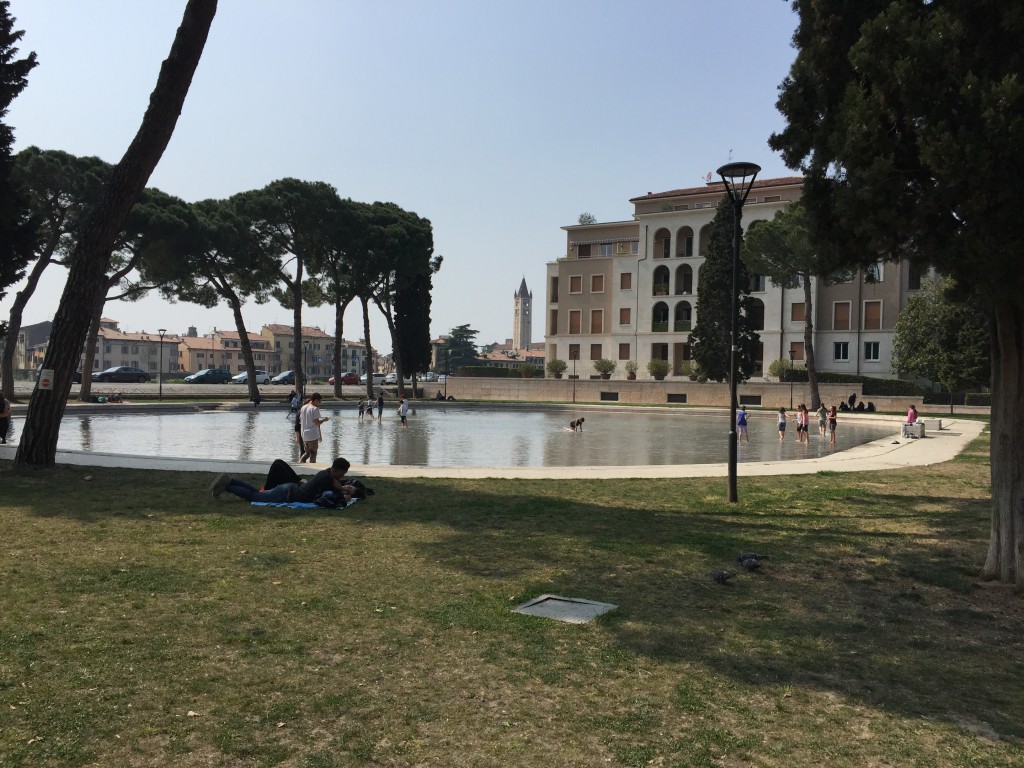 Overall Verona is a lovely city to visit. If you just want a quick look at the sites, than one day is more than enough but I think you could just as easily spend a long weekend in the city to really take everything in.