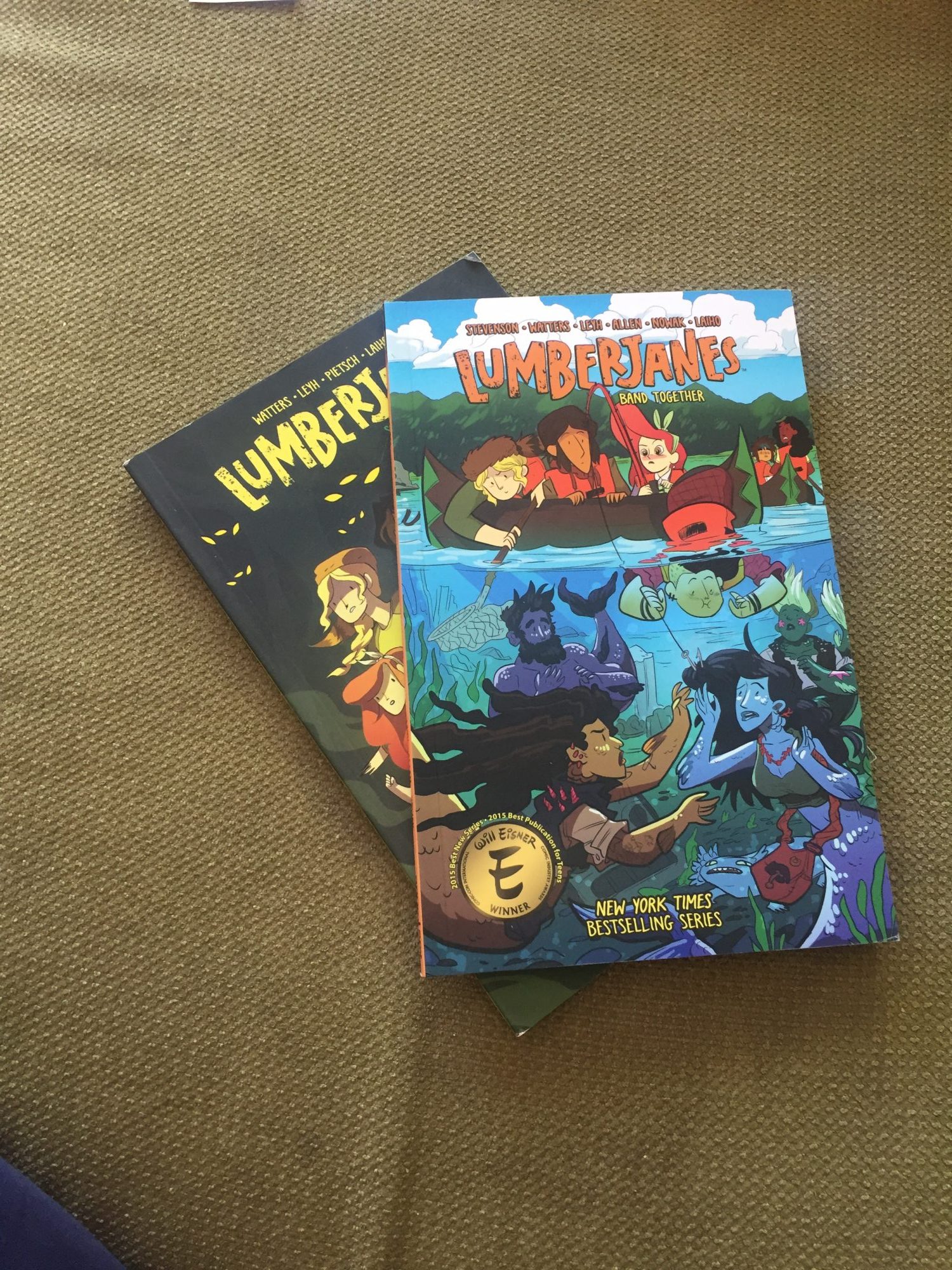 Today’s post will fill you in on all the books I’ve read this past June. It might also start explaining why I am able to read so much. The trick is to read comics and count them as books, it works like magic on your ‘total books read’ count. For example, I read 11 books this month, 5 of which were either comics or graphic novels (which is just another name for a comic).

So what did I read in June? Find out below! As always they have been given a rating X out of 5 and a short review. If you click the title it will take you to the books’ Goodreads page.

The first comic collection of the month. It’s a bundle of the first four comics of ‘Lumberjanes’ and they are really fun! I won’t review every volume, just trust me in that they are all fun and you should read them if you’re into that sort of thing. (‘That sort of thing’ being comics about girls being awesome).

A retelling of ‘the little mermaid’, not the Disney version. It was good, like other Louise O’Neill books it deals a lot with the male gaze, the beauty standard women hold each other to for the sake of men, you know, fun stuff.

A cute graphic novel about a creepy ghost who starts following the main character ‘Anya’ around. It was fun, not the best graphic novel I’ve read, but still a nice read.

This is a modern retelling of Shakespeare’s ‘The Merchant of Venice’, which I finished last month. It was complicated, but very well done. I had to muscle my way through the novel, but it was worth it at the end. I feel like the male characters were better developed than their female counterparts, but you know you can’t have it all.

This was just not that great a novel. I don’t even remember much of why I didn’t like it, it was just a bit bland I guess.

I read this so I would be able to watch the movie. Very weird book, but good weird.

A collection of comics about history. I think it would be funnier if I got more of the references, but since a lot of them are about Canadian or American history, I just didn’t get them. The ones I did get were funny though!

A ‘Bored to Death’ book club read. It was really good and I raced through the novel. Makes you feel really small and insignificant.

I also finished another 2 volumes of ‘Lumberjanes’ and Harry Potter #5, loved them all, but not really worth reviewing every single time.

A great month in terms of numbers of books finished. Not necessarily great in the quality of books, although ‘Never Let Me Go’ and ‘Shylock Is My Name’ were great literary additions to the fun comics.

Do you have any good comic or graphic novel recommendations? Do you even ever read comics? Let me know in the comments below!