I have an addiction, and it is buying books. So even though I brought books with me to read and even ordered more books online, I still decided it would be ok to buy some more books when I was walking in the new Fetrinelli bookstore in the Galleria Vittorio Emanuele II (the new bookstore is massive!). So I was walking along the rows of books, not intending to buy anything, when suddenly I saw “Look Who’s Back” with it’s amazingly smart cover. 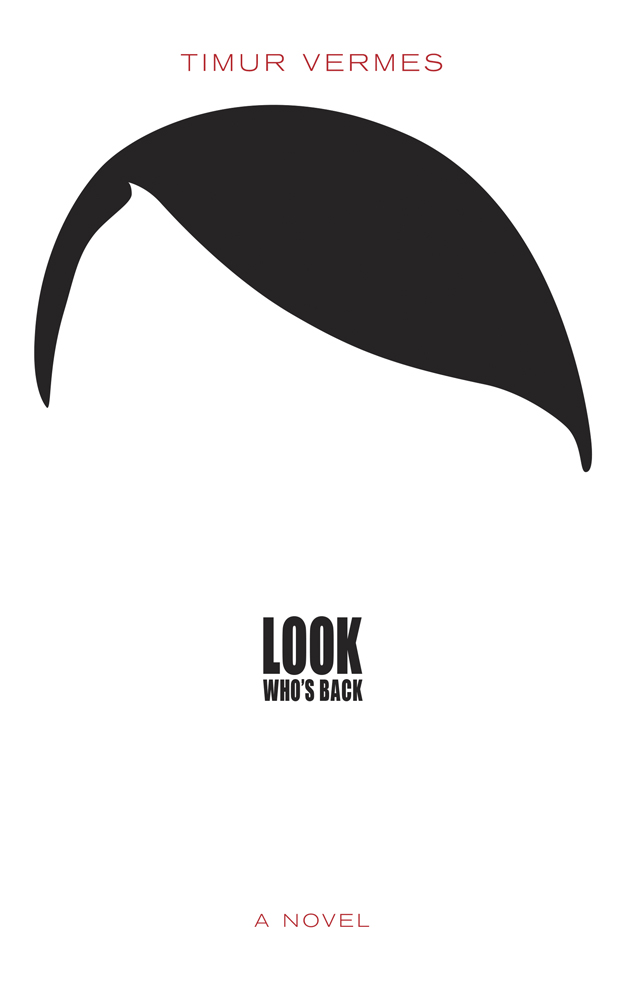 I had heard about this book and I really wanted to read it, so I decided to buy it and I don’t regret it at all!

The book is about Hitler, the one and only. It is written from his point of view as he wakes up in a field of grass in the middle of Berlin in the year 2011. He does not dwell to long on figuring out how it is possible and decides instead to focus on the why. After walking around and finding refuge at a newspaper kiosk, the owner thinks he is just an actor pretending to be Hitler, he figures it is to once again save the German Volk from the horrible path it is on. The owner of the kiosk tells some of the producer people who often buy papers at his shop and shows Hitler to them. They all think he is just an amazing actor, pretending to be Hitler and in that way giving great satire for the current society. From that moment it all snowballs on and Hitler is under the impression that this ‘new media’ thing will help him get reelected.

I loved it. However in the middle it got a bit slow and it was a little harder to get through the book. I really felt that they had to get it right at the end to really make the book work and in my opinion they did. I like the balance in the book with Hitler discovering new things (like cellphones) and just having him function in this new society. I also liked that it was written from his point of view, so you know why he does what he does and especially in the start, when he decides to not dwell on the ‘how’ he explains the kind of person he is and why it does not fit in his character.

Definitely. It is a great satire on modern culture and politics, showing you how horrible some of the things are that we are currently doing. Although some of the references are difficult to get, since some of them are really German, there is a handy translators note at the back explaining all. I suggest reading that first, before starting the book. So when you see this amazing cover lying in your closest bookstore, I say pick it up!