Review: Vinegar Girl // The Taming of the Shrew 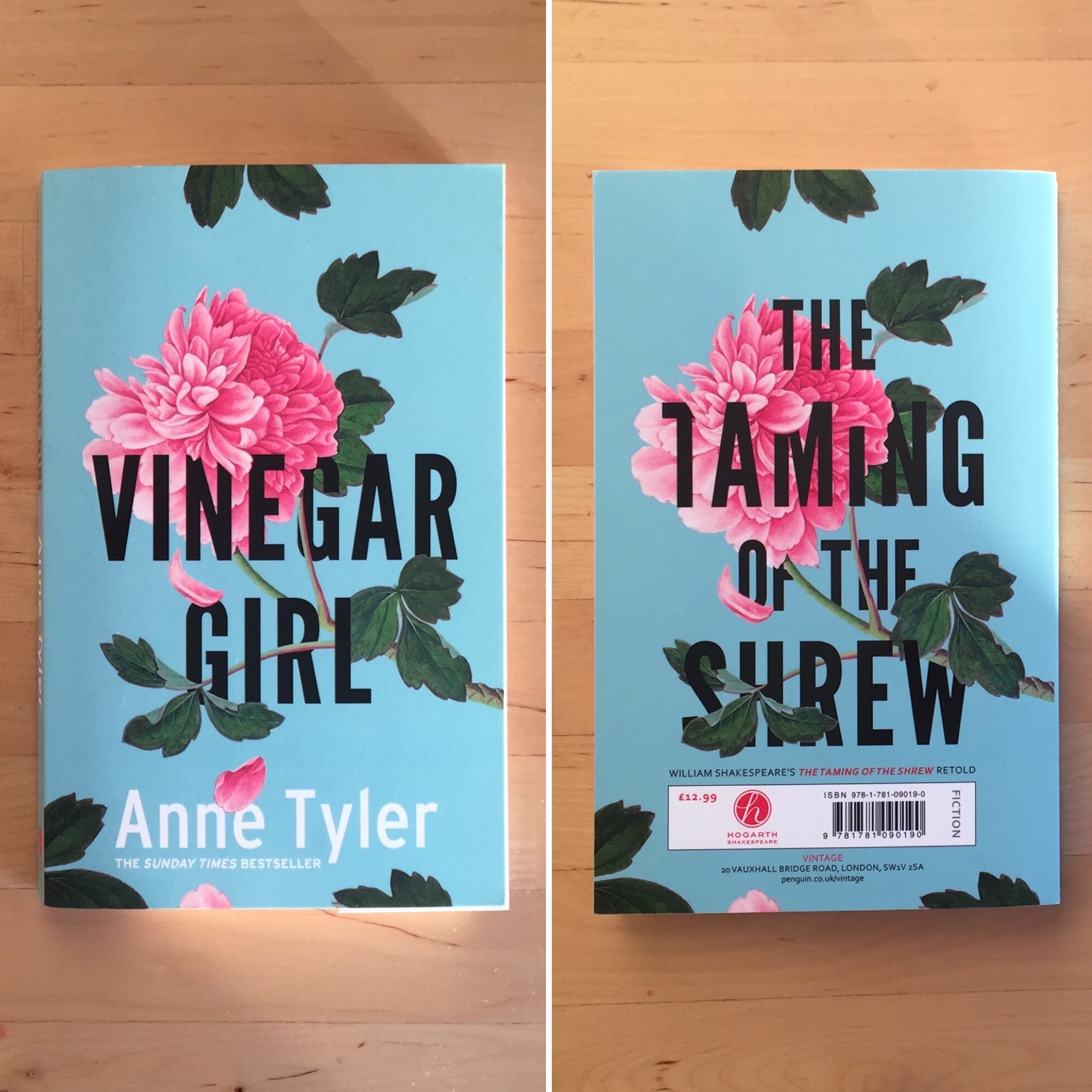 As you may or may not know by now I love book clubs. I started going to the ‘Bored to Death Book Club’ over a year ago and then decided to start my own book club in Delft with two friends (it’s called the Undercover Book Club). Since then I don’t go to the BtD book club as much as I used to, but when I saw that they were reading Vinegar Girl I knew I had to go.

Vinegar Girl is one of ten modern adaptations of Shakespeare’s plays. Each play will be adapted to a modern novel by a different author and they are to be published over the course of 6 years. Vinegar Girl is the third to be published and is a retelling of The Taming of the Shrew. It was written by Anne Tyler who got to pick a play first and decided on the one she hated the most: The Taming of the Shrew.

The book is about Kate Battista who, after dropping out of college, is running the house for her aloof scientist father and her simple, but beautiful, sister Bunny. She works at a pre-school, although she is not particularly good at it. Her father, Dr. Battista, has a problem. His scientific research is still ongoing and, so he says, he is on the verge of a breakthrough. Unfortunately, his brilliant lab assistant Pyotr is about to be deported. Dr. Battista decides that Kate does not have anything going on in her life anyway, so she might as well help him. But this request finally shakes Kate awake and might give her the chance to finally take charge of her own life.

The Taming of the Shrew

The Taming of the Shrew was a comedy about young Lucentio who falls in love with Bianca, the apparently ideal younger daughter of Baptista Minola. However, her older sister Katherine is a stubborn, slightly abusive, woman and so Baptista decides that Bianca can only marry if her older sister is married first. So Lucentio enlists the help of Petruchio who only cares about money to marry the older sister.

Vinegar Girl vs The Taming of the Shrew 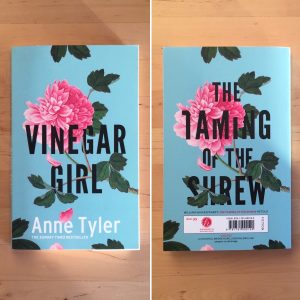 To properly explain what I thought of Vinegar Girl I would like to state that I LOVE adaptations. I thoroughly enjoy finding the similarities between the two things and to see how they altered parts of the plot or character to fit modern needs. It is why I wanted to read these adaptations in the first place and why I am eager to read all of Shakespeare’s plays since they have been adapted in so many forms.

In the case of Vinegar Girl vs The Taming of the Shrew, I think that my love for looking for the original play in the adaptation saved me from hating the book. When I finished Vinegar Girl I immediately thought that the book on its own did not have a lot to offer. This was made more obvious at the book club discussion where most people had not read Shakespeare’s play and they did not enjoy the book at all, or just thought it was ok. Kate is a very passive, dull person and, spoiler alert, she does not take charge of her own life. She makes a tiny bit of a hassle, but in the end, she just bends to the will of her father and Pyotr.

Although the play is about the above, it actually starts with the most elaborate prank that sets up the Taming of the Shrew as a play within a play. I loved that part the most, as did I enjoy the switching of identities and dressing up in disguises and the overall elaborate plotting that just ends up in a massive mix-up of who is who. None of this made it into the adaptation though which I thought was a missed opportunity.

The Taming of the Shrew is a very complicated play to modernize. It is about bullying a stubborn woman into submission by disregarding her feelings, denying her food, making her walk for miles through mud and in the cold. At the end of the Taming of the Shrew Katherine is so eager to please Petruchio she tells off Bianca and another woman for not standing at the ready for their man at all times. Although there is a debate on whether this speech at the and is sincere, or sarcastically it is not made clear. However, in Vinegar Girl this aspect, of bullying into submission, is more subtly put in it does end with Kate being eager to stand by Pyotr’s side and giving one of the most anti-feminist speeches ever. However there is no option to interpret this as sarcasm, this is how she thinks now.

Although I enjoyed seeing the way the abuse/taming of Kate was handled in Vinegar Girl from a comparative point of view, it did not make it a good book. The basic conclusion of the book club was that the best thing about the book was the cover, which is indeed gorgeous. For me it did succeed in making me want to read the other adaptations. Especially Hamlet by Gillian Flynn, unfortunately, this one won’t be published until 2021 so I will have to wait a while. For more information on the Hogarth-Shakespeare project visit their site.