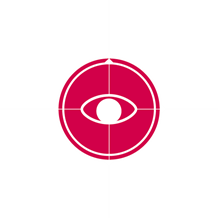 Last weekend Lianne and I went to the 16th edition of the PAC (Pathe Alternative Cinema) festival of Pathe in Delft. The PAC festival is a day where the Pathe shows five movies that are yet to be released in the Netherlands. I thought it might be nice to give a short review of each of the movies we saw.

The first movie we saw was ‘Jackie’ by Pablo Larraín with Natalie Portman as Jackie Kennedy. Jackie is about the days surrounding the Kennedy assassination and how Jackie Kennedy dealt with this. Natalie Portman was absolutely amazing and she received a well-deserved Oscar nomination for her part. However, her performance will be the only thing I will remember of this movie. The rest just did not really stick with me.

Next up was ‘Their Finest’ by Lone Scherfig. A movie about making a propaganda film in England during the Second World War. I really enjoyed this movie and Bill Nighy plays a wonderful supporting part. It was funny and sad and an interesting movie about making movies.

The third movie was a German movie by Marc Rothemund about a young man whose sight is suddenly diminished to 5%. He really wants to work in a hotel and decides to not tell his employer. It was at times really funny and the physical humor worked really well with the movie. Some of the plot was a bit far-fetched, but overall it was a nice movie.

The movie I was looking forward to the most and it did not disappoint. A wonderful movie about three extraordinary women who had pivotal roles in the early years of the US space program. Taraji P. Henson, Octavia Spencer and Janell Monáe were amazing and I really hope they create a tv show with them because their chemistry is great.

The final movie was ‘Gold’ by Stephen Gaghan with Matthew McConaughey. I disliked this movie so much I was almost prepared to just walk out. I just did not care about anything happening in the movie, except maybe McConaugheys girlfriend who was an actual person and who was working her ass off to give herself the life she wanted, which was just a simple home life.

so those were the five ‘previews’ we saw, are you thinking of seeing any of these movies? Let me know in the comments below.