As you may have noticed I read a lot of English books and I love discussing the ones I read with people. So a year ago I heard about the Bored to Death book club. They organize book clubs every month in Rotterdam to discuss, in English, a book they have read in English. Perfect.

The first book club I went to from them was actually the Young Adult version, which they organize together (and inside) Donner (a book store in Rotterdam). I went with a friend and it was a lot of fun. We discussed The Bunker Diaries and it was a very interesting discussion.
After coming back from Milan, no book clubbing unfortunately, I really wanted to go again. I saw they had planned a book club on either ‘A Song for Achilles’ or ‘The Miniaturist’ and I wanted to read both those books. Every book club they let you vote for which book you want to read/discuss out of two books they suggest. In this case ‘The Miniaturist’ won, but I decided to read both anyway. The book is decided on two months before the actual bookclub, so you have a long time to read. (BTW ‘A Song for Achilles’ is amazing and you should read it).

The book club is on Wednesdays and this time it was inside V11, which is actually a boat in the Oude Haven (old harbor) in Rotterdam. It was really cosy and a lot more people showed up this time then they had expected, but we all fit in a nice corner on the boat. 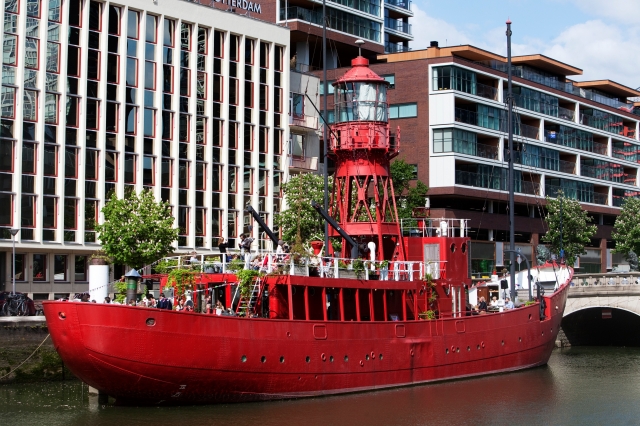 After a short introduction round, and after everyone had a drink (or some food) we started to give our response to the book one by one and people could start a discussion or join in when they agreed or disagreed. It is all very open and relaxed and it is really interesting to hear what other people think of the book. Sometimes it even happens that people are influenced by what other people think and change their opinion on the book.

Overall I had a great time talking to other book nerds. It is always great to express what you think of something and discuss it with other people, because it will help you think more deeply about what is really your opinion and maybe you just might change your mind.

More information on the book club can be found here. On their website they do a lot more then organize book clubs, they write book reviews and other stuff (I even wrote a review for them once). So check them out and maybe I will see you at the next book club event!