‘De Aanval’ in the Onderzeebootloods 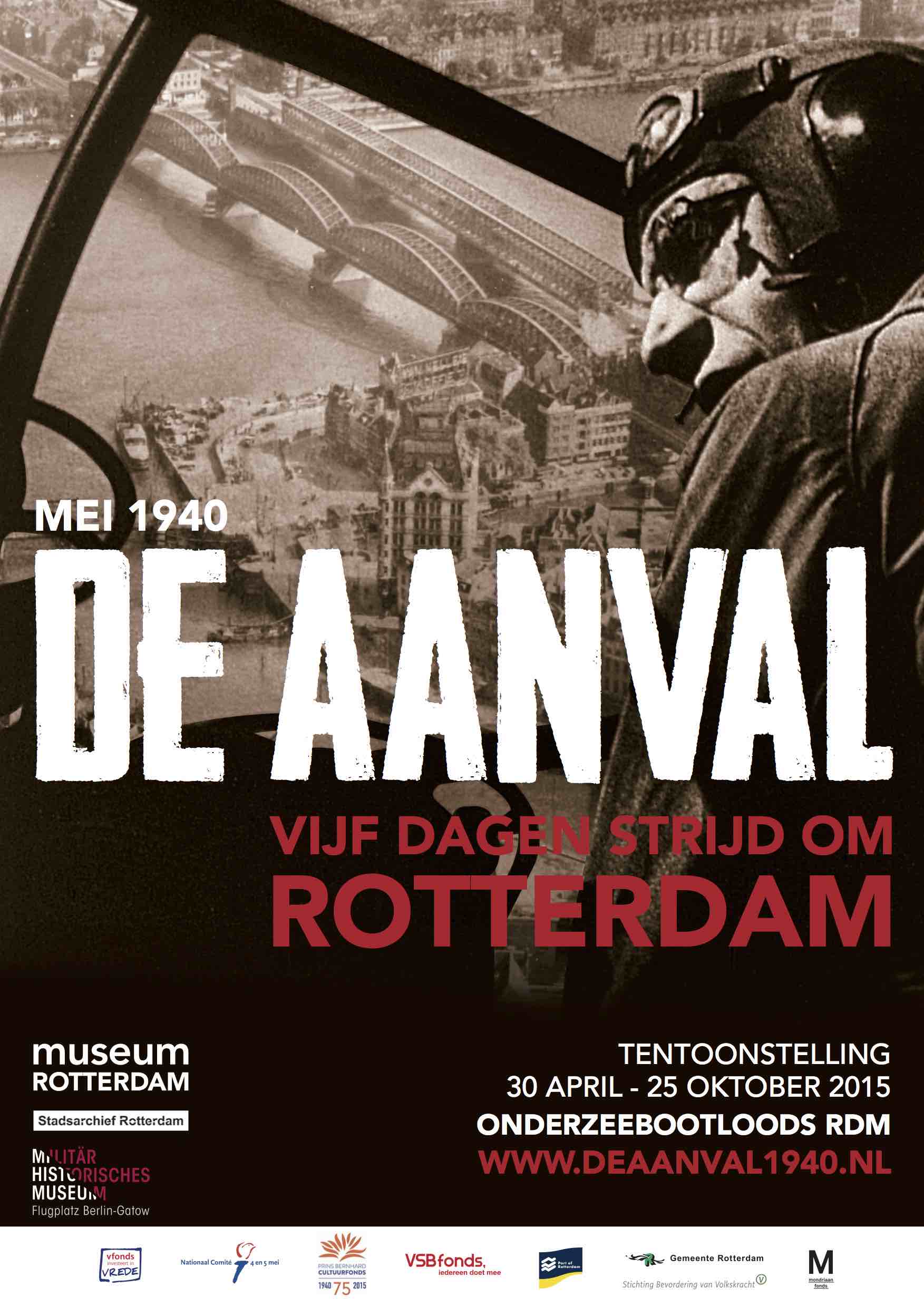 Almost a year has passed since I started this blog and I have decided to add a categorie! I have recently received a Museum Jaarkaart (an annual pass for visiting musea) and this means (hopefully) that I will be going to a lot of musea. Not just to see the building, but also to see interesting exhibitions. This is why I wanted to add a new category focusing on interesting exhibits I have visited.

The first one of the series is ‘De Aanval’ in the Onderzeebootloods in Rotterdam. 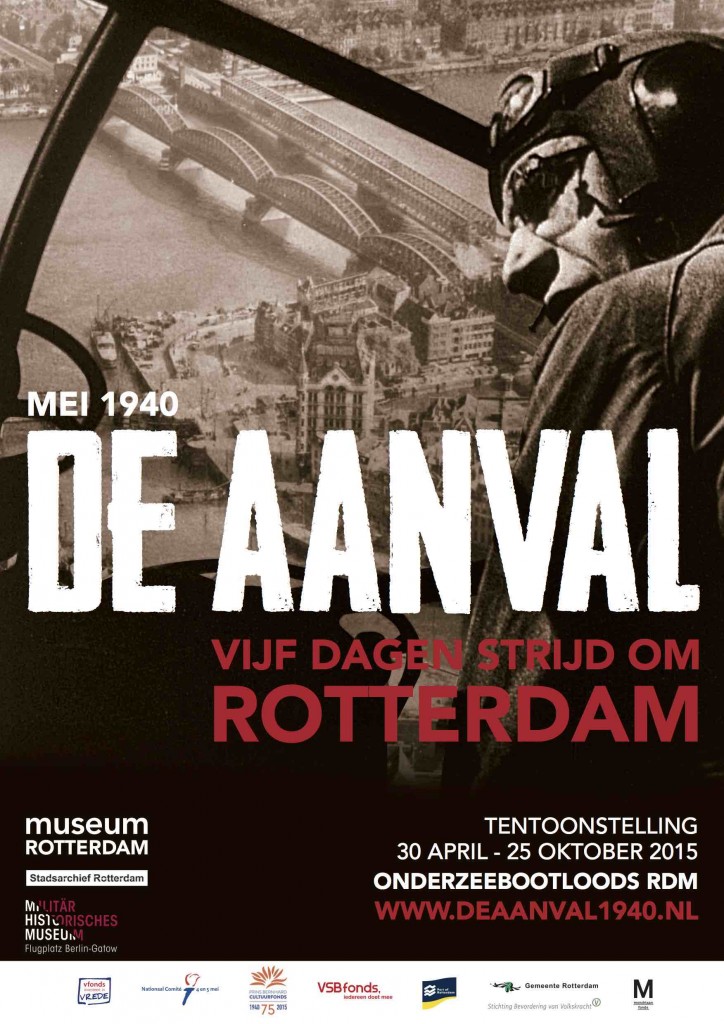 The exhibition is about the bombardment of Rotterdam in 1940 by the Germans during World War II. It is the first exhibit on the war that is not just telling the side of the Dutch, but also shows the side of the Germans. It was made in cooperation with the Militärhistorisches Museum Flugplatz Berlin-Gatow together with the Museum Rotterdam and the city archives of Rotterdam. The exhibit not only covers the bombardment though (which is what I originally thought) but it also tells about the 5 days of battle that went on before the bombardment. The reason for the exhibit is that the battle for Rotterdam is 75 years ago this year. 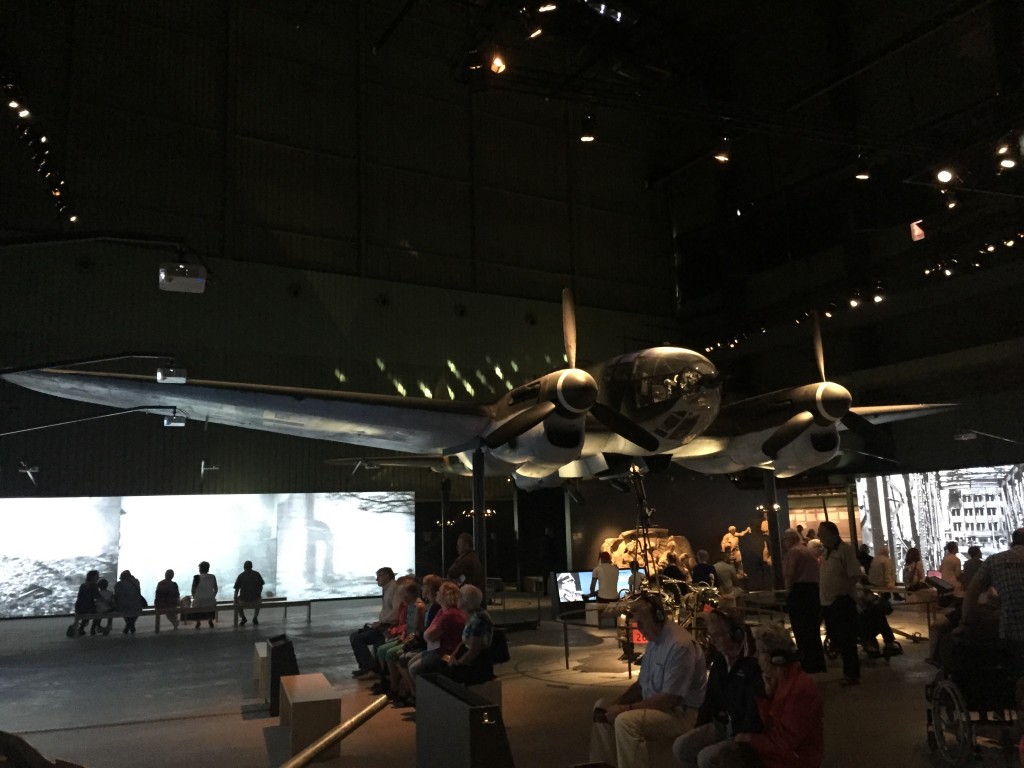 The exhibits centerpiece is a ‘Heinkel’ the same type of plane that dropped the bombs on the city in 1940. The rest of the space is filled with giant video screens that show parts of the story (for example ‘the attack on the city’, ‘the taking of Waalhaven’) which combine stories from the German front, the Dutch front and unknowing Dutch civilians. This combination gives a really interesting and more complete story than if only ‘our’ side of the story had been shown. The video material is well edited and combines the text that is said in dutch, german and an english translation is shown on a small screen in front of the benches. Video of the people that are being interviewed is combined with photos and other video material that refers to the things that are being talked about.

At the back of the exhibition space is an interactive screen that asks you your opinion on issues relating to the war, but also to current events. Showing the overall results of how people think about war, refugees and other things that are not time bound to 1940. 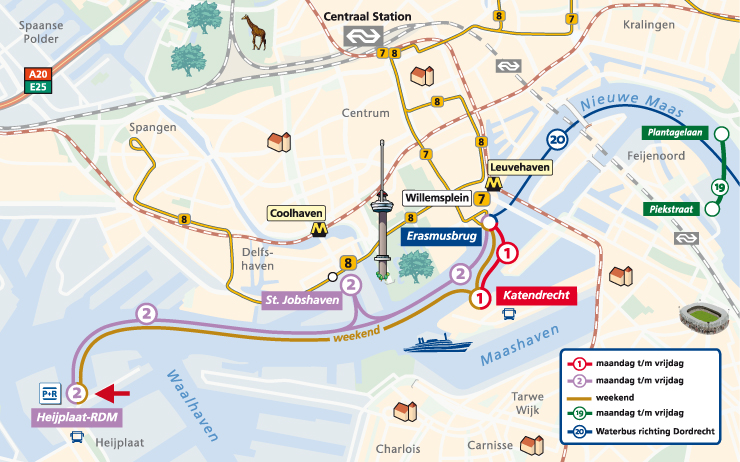 The exhibition is located in Heijplaat. As the name would suggest it is an old submarinewarf. The best way to reach it is with the Waterbus, which is also a great way to see the river the Maas and all the architecture that has popped up along its banks.

YES! It is an amazingly insightful exhibition about one of the most important events that has shaped Rotterdam to be what it is today, including all its amazing architecture. The entire exhibit is translated in English, so not speaking Dutch does not have to be a barrier.

Want more info? This is the website of the exhibit.

Let me know if you would like to go or if you already went!