This weekend I went on an excursion organized by my faculty student union Stylos. They had organized a weekendtrip to Hamburg. On Saturday we visited Hafencity, where we got a tour through the building of the Hafencity Universität and a bike tour through Hafencity. In the afternoon we visited the building site of the Elbe Philharmonic Hall. On Sunday we toured the old city centre and in the afternoon we went to Wilhelmsburg where we visited the Energybunker, the BIQ house and the Walderhaus. It was an extremely interesting and fun trip and I thought it would be fun to write about some of the buildings we visited in more detail in a few Venture into Architectures. So this will be the first of a miniseries and I want to start with the Hafencity Universität.

The HCU is located in Hafencity in Hamburg. The site is 4000 m2 big and it faces the waterfront on the south side. Close to the east side of the building is a subway station for station U4. The building of the HCU is 24.000 m2 big and covers five floors. For the design of the building a competition was held in January 2006. In February 2007 the winning designs were to be chosen. The main criteria for the building were that it had to be sustainable and energy-efficient. However the jury wasn’t satisfied by the designs in the final round and decided to only hand out a second and third place. Since there still had to be a building, the second prize winner would be built. The design was by Dresdner Büro Code Unique with the architects Martin Boden and Volker Giezek. The building was taken into use on the first of April 2014. The building is privately owned, but the municipality rents it. This was done, so the municipality wouldn’t have to make a big investment at once, but they are able to pay small amounts per year. The building was not as sustainable as planned to reduce costs.

The complex consists of two buildings with a big hall in the middle. On the east and the west side there are entrances. The building has three big auditoria. From the centre of the hall a staircase reaches all the floors. There are additional staircases throughout the building. Most of the studio spaces are according to an open floor plan. The offices for the teachers were distributed by a balloting method, all the teachers’ names were put into a bowl and the name picked out of the bowl got to choose an office. This way all the teachers are randomly situated through the building. The materials used in the building are mainly plain concrete for the walls. In the big hall the walls are cladded with sound proof material.

The first thing I noticed when we arrived at the HCU was that it was unclear where the main entrance was. There are two entrances on both sides of the building, and they both look like main entrances, so that was very confusing. 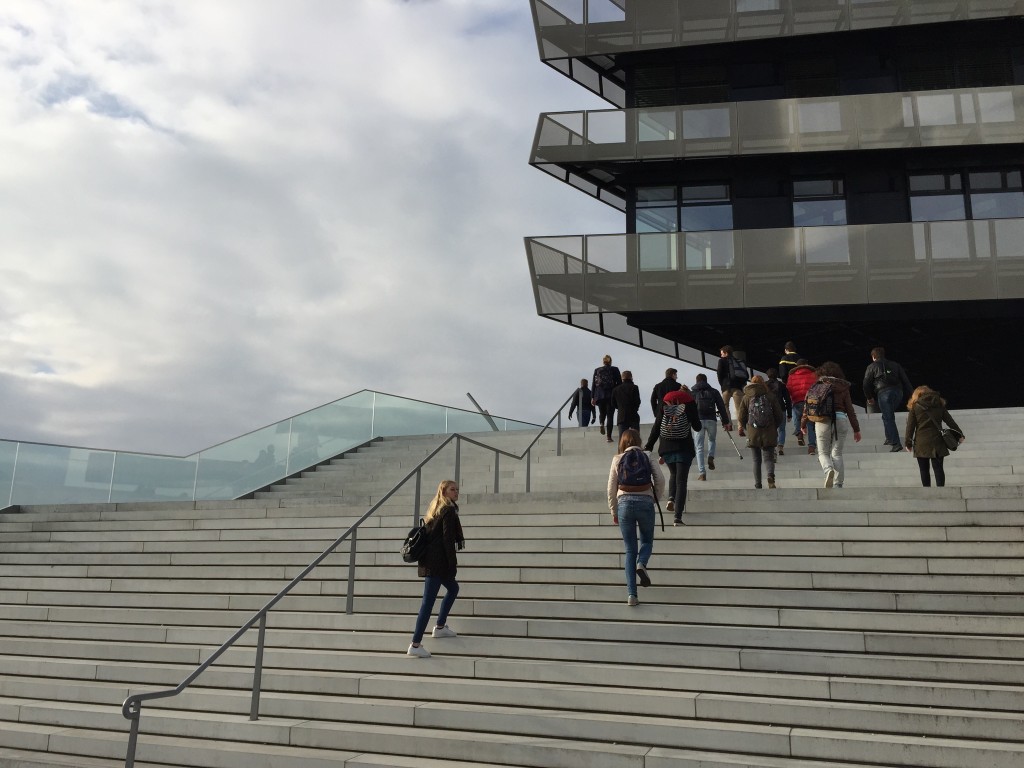 The second thing I noticed was the beautiful public space, one of the entrances was at the top of a massive staircase overlooking the water and a nice park. Along side the riverbank the space also looked like an inviting space to walk or sit and relax. 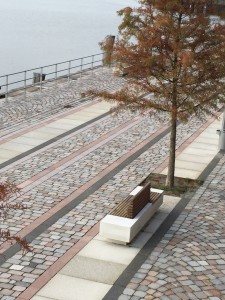 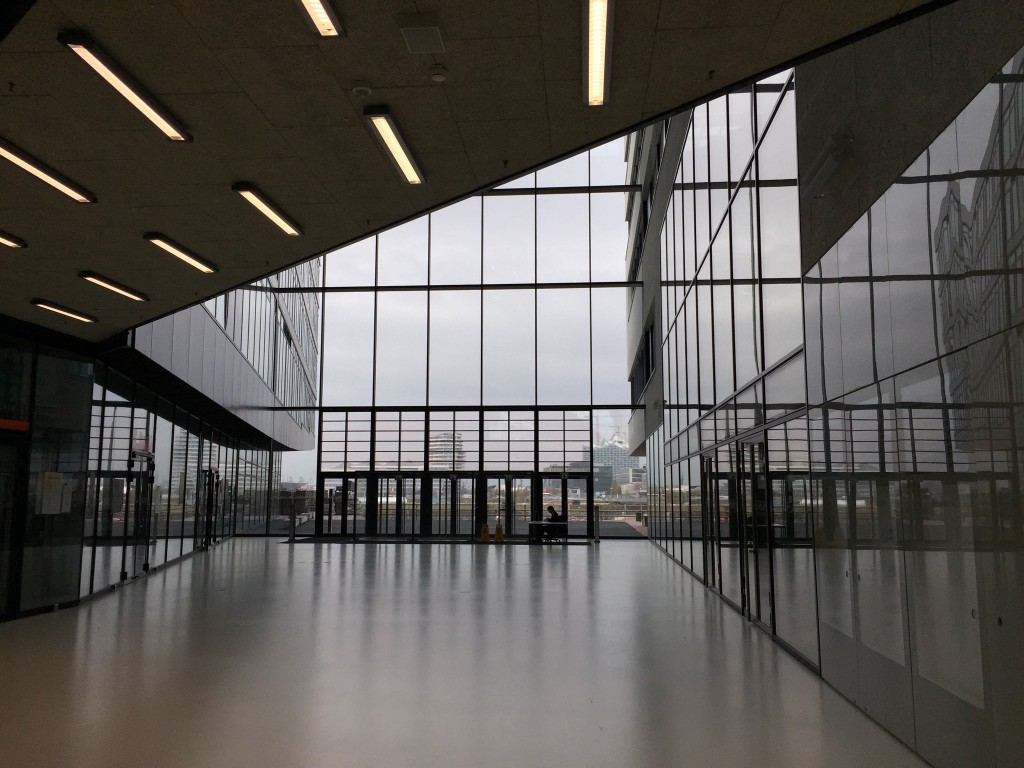 The building looked very clean and empty. The big hall and the studio spaces were very noisy and the soundproofing panels in the hall did not seem to lessen the noise. We were there with 30 people listening to one person talk and the sound was echoing all over the place, so I can’t imagine how noisy it must be when all the students are there. Something that no one seemed to like was the emptiness of the halls and other spaces. It seemed like a soulless place, however this might change over the years of use. The plain concrete walls won’t really help though.

The HCU building was a big contrast with the Architecture faculty in Delft, which is old and has a lot more heart. Visiting the HCU made me feel like seeing the faculty Delft could have had if they had chosen to build a new faculty instead of renovating an old building.