Like I wrote in the last Venture into Architecture I went on an excursion to Hamburg in the weekend of the 7th of november organized by my faculty student union Stylos. We visited Hafencity, the building site of the Elbe Philharmonic Hall and on Sunday we toured the old city centre and Wilhelmsburg. Last month I wrote about the Hafencity Universität and this week I wanted to write about the Energy Bunker in Wilhemsburg. 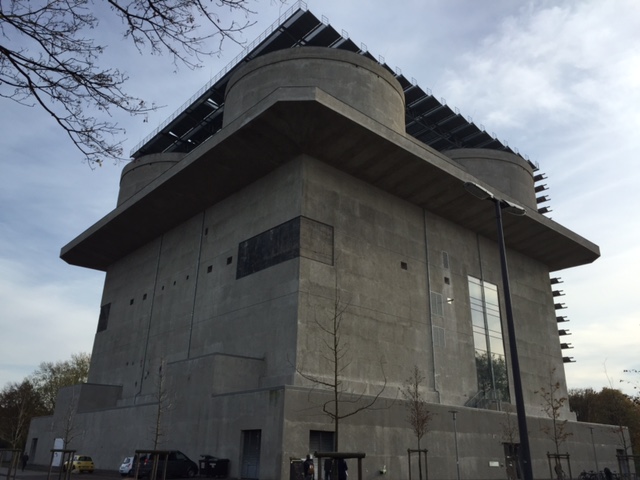 On Sunday we got a tour in the Energy Bunker by one of the employees, a nice man who was very enthusiastic about the Bunker and the project it is part of. The Energy Bunker is one of the projects of the International Building Exhibition (IBA). The Energy Bunker was originally an anti-aircraft tower in 1943 as well as serving as a shelter for thousands of people during Allied air raids. After World War II, the British Army completely destroyed the interior of the bunker in an effort to make it impossible to use it ever again. You might wonder why they didn’t blow up the entire bunker, but the reason they only destroyed the inside is because blowing up the bunker would have resulted in destruction of the entire neighborhood. Restoration started in 2011 and now it houses part of a regenerative power plant with a large heat storage system and the vju café with a terrace at 30 meters high.

The Energy Bunker is part of the IBA with the initiative ‘Cities and Climate Change – New Energy of the City’. The idea was to change the useless, gutted bunker into a regenerative power plant with a large heat storage system. They preserved the original structure, ensuring another purpose for the bunker: that of a memorial. In the pictures below you can see the lines where the floors used to be, and if you look closely at the columns you can see the old concrete and the new concrete added to give the bunker a sound construction again. 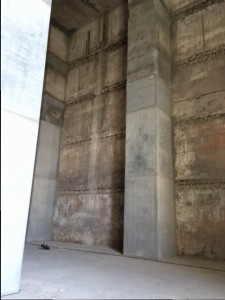 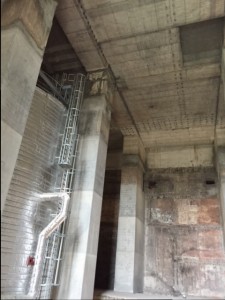 With the insides of the bunker completely destroyed, a spectacular 6 floor-high space was created. After clearing all the debris and making the structure safe again, it is now used to house large thermal storage reservoir. The reservoir contains the heat collected by the solar thermal heat system on the roof, waste heat from industries nearby, a CHP plant and a wood-chip boiler. The Energy Bunker will be supplying 3000 homes and other heat consumers in the area by 2015. 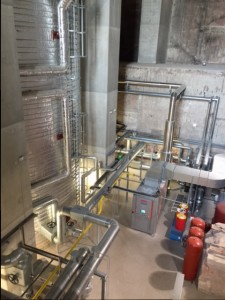 Besides supplying the neighborhood with heating, the Energy Bunker also houses a café on the 8th floor (30 meters high). You can go up for free with the lift and enjoy the view from the terrace. When we visited it was a gorgeous day, and it was really busy inside the café and on the terrace. So the Energy Bunker also functions as a neighborhood catalyst, bringing together the people from the neighborhood who can enjoy the view from, what was before probably viewed as an eyesore itself. 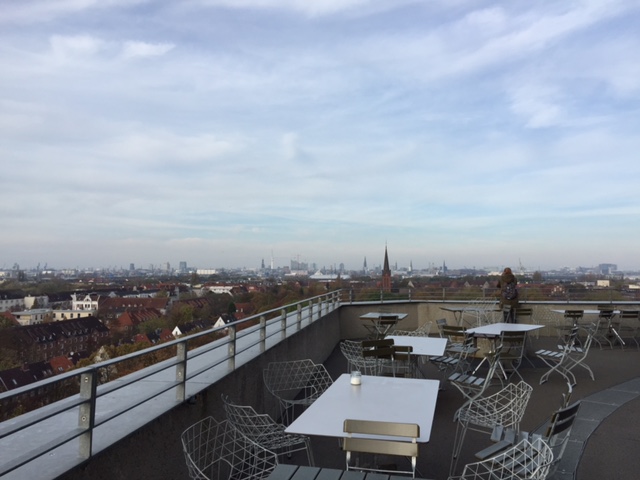