Kopjes, a Cat café in Amsterdam 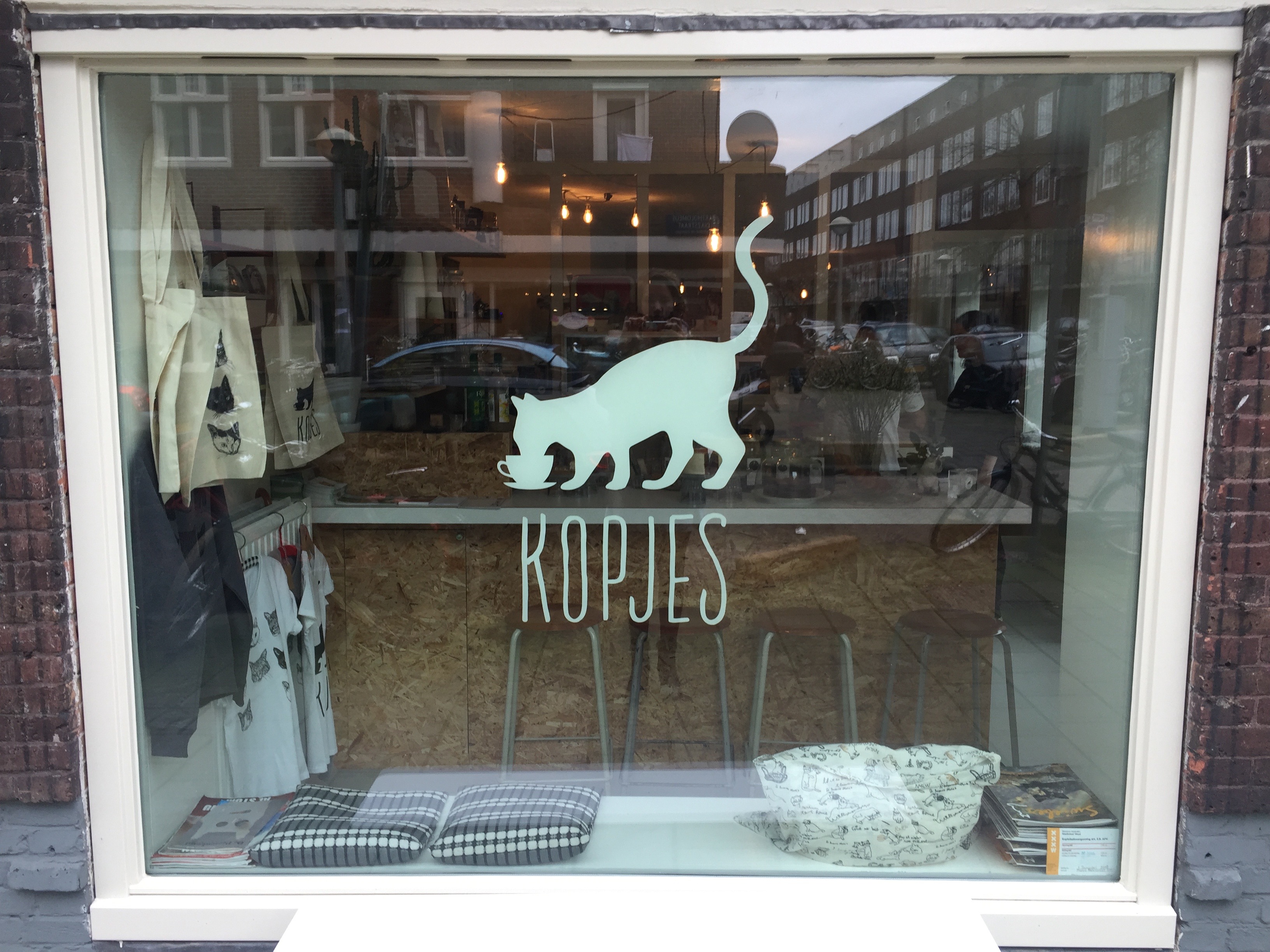 I don’t have a cat, however I think if I lived in a house that could house a cat, I definitely would have one. Like me, not everyone can always have access to cats and in 1998 someone in Taiwan realized this and thought: Everyone should have, at least temporarily, access to a cat. So that person opened the first Cat café and in the past decade this idea has spread to the Western world (New York, Berlin, Paris, London) and thankfully it has come to the Netherlands.

Last summer Lenny Popelier started a crowdfunding campaign and got enough money raised to start a Cat café in Amsterdam. There is even one opening in Groningen in the coming months. Because the idea of having a cup of coffee with friends while surrounded by cats sounded like heaven, I had to visit. 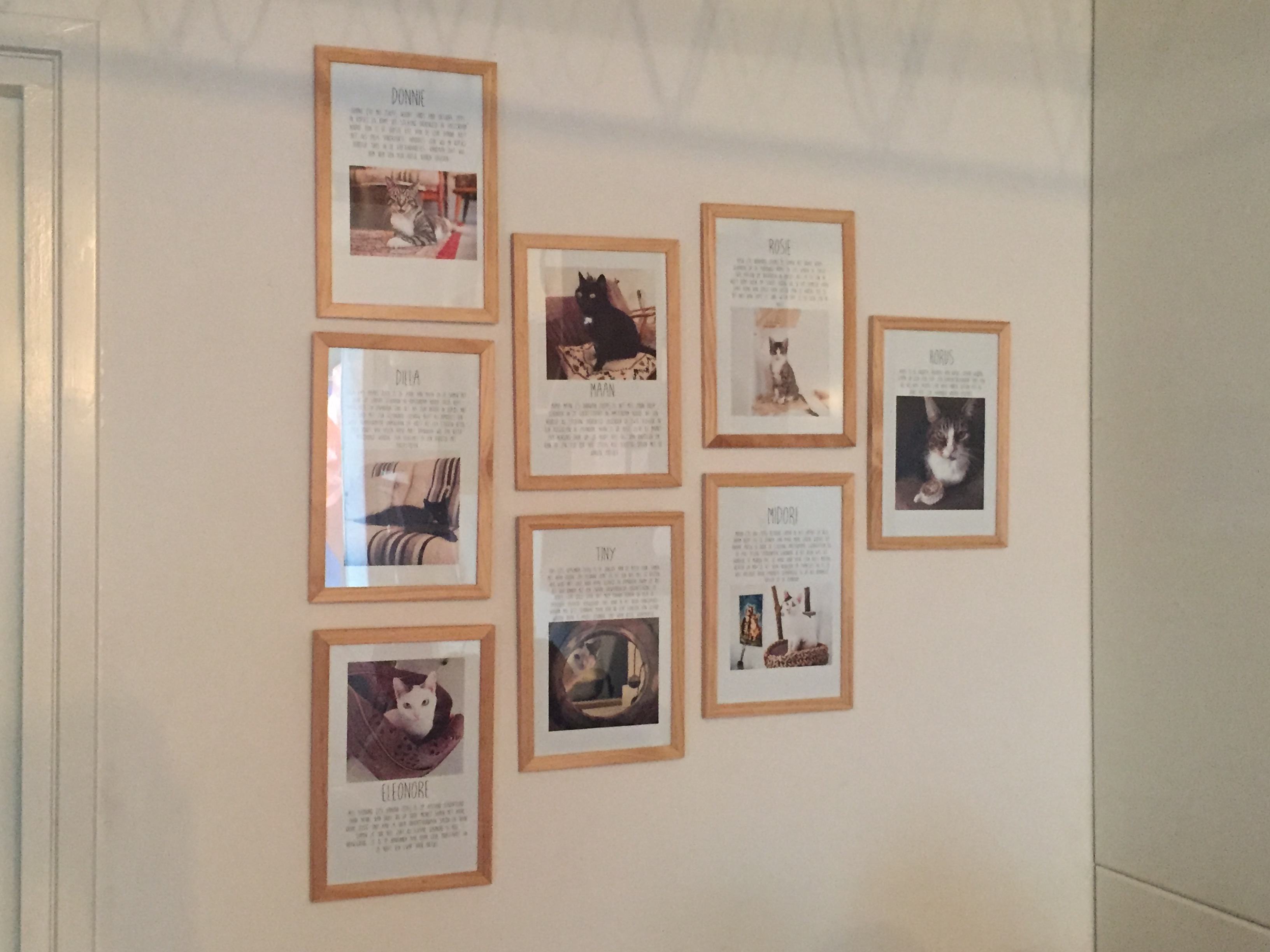 ‘Kopjes’, as the Cat café is called, is located in the Baarsjes in Amsterdam-West. You can easily reach it with tram or bus. You do have to make a reservation, since they can only house 20 people and they don’t want to disappoint anyone. However your reservation is for 2 whole hours of cat heaven.

There are some house rules before entering, mostly to do with creating a good space for humans and cats. There are 8 cats, all lovingly chosen and adopted from two adoption centers in Amsterdam. In the picture above the cats are introduced.

The experience of Kopjes starts when approaching the Café. Through the big windows, you can see some cats just chilling in the sun and people having a nice chat.

Upon entering we (me and two friends) had to clean our hands with some disinfecting gel and the rules were explained to us. Then we could enter through a screen door (don’t want no cats to escape!) and choose our own spot.

The entire café was decorated to be a cat heaven, with lots of hiding places, climbing things and soft spots. You could pet the cats, but you could not pick them up. So while enjoying our cup of coffee/tea we mostly just stared around us and enjoyed seeing the cats. After a while we just wanted to pet some cats, so we got up and searched for the nearest cat and just stayed with the cat for a while. This seemed slightly strange at first, but in the end it’s what you come there for and no one finds it weird at all.

The coffee and cake were great and after two hours we left, our yearning to own a cat ourselves made even greater, but satisfied for a while anyway. 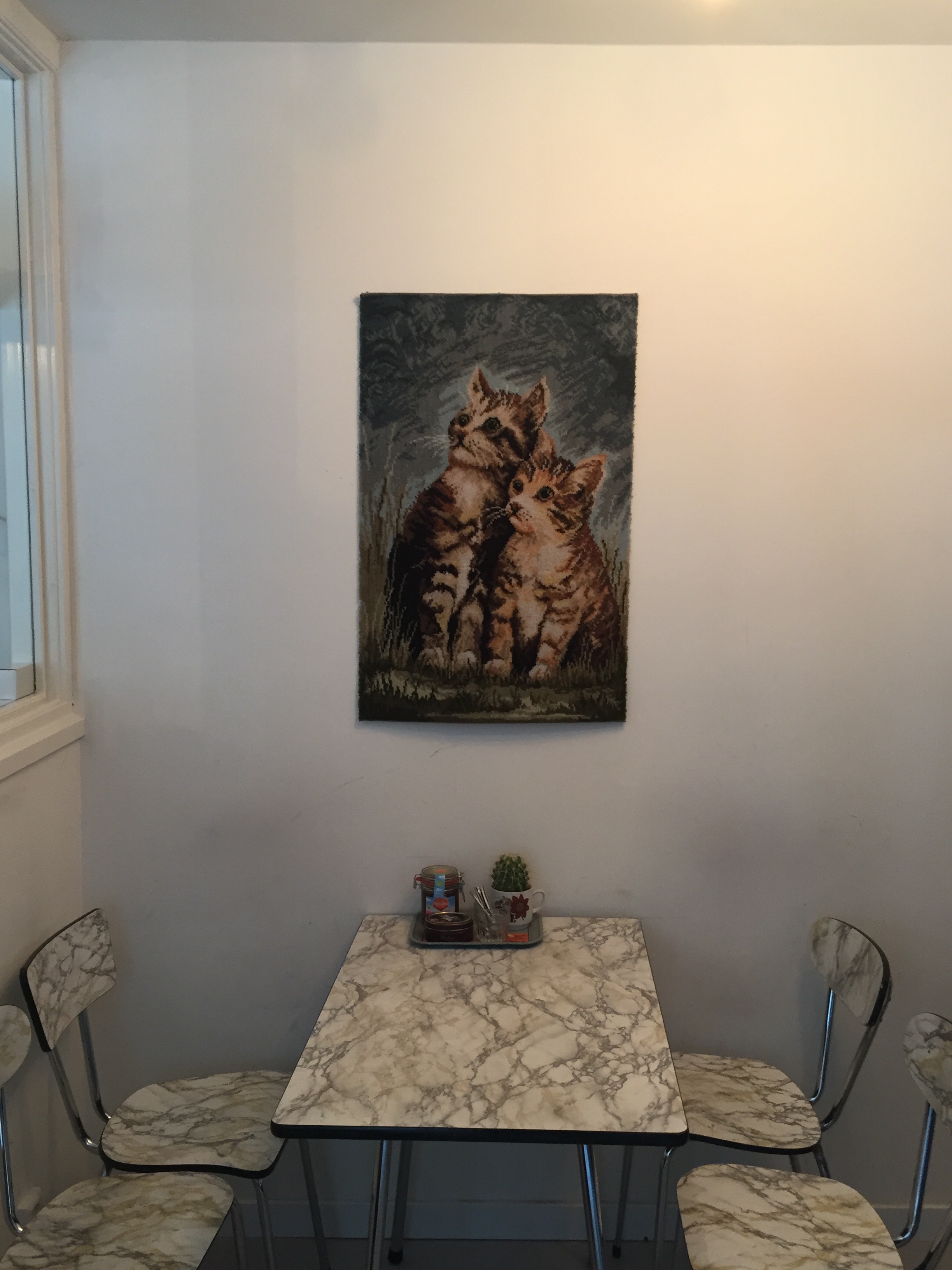 So if you want to cuddle with a cat, but don’t own one, definitely check out Kopjes! They have a site: http://kattencafekopjes.nl, where you can make a reservation. Opening hours are from Wednesday – Sunday from 10.00 – 19.00.

Let me know if you would want to go to a Cat Café or if you have ever been and what your experience was in the comments below.