The pavilion of the United Arab Emirates

First a little tip in case you want to visit this pavilion: you have to go early, because everyone wants to see this pavilion. They only allow a small amount of people to enter at a time, since there is a movie attached to the exhibit at the end. The theme of the pavilion is ‘Food for Thought – Shaping and Sharing the Future’. The pavilion can be split into four parts. First is the outside part, where you will be spending a lot of time if you are waiting to get in. It is along the outer edges of the pavilion and it displays some of the plants native to the country. 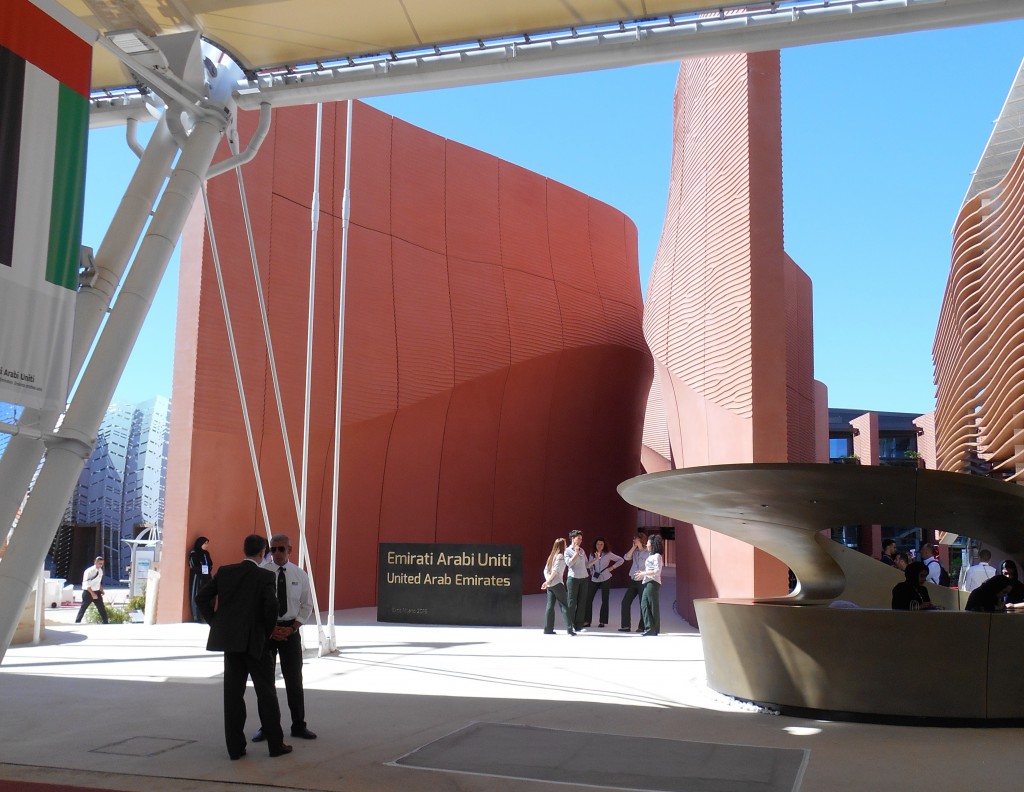 The second part is entering the pavilion. There is a two-part exhibition which starts with explaining the problems UAE has to deal with in their country and the world. Like water shortage, how to grow food in the desert, sustainable energy sources and other themes. 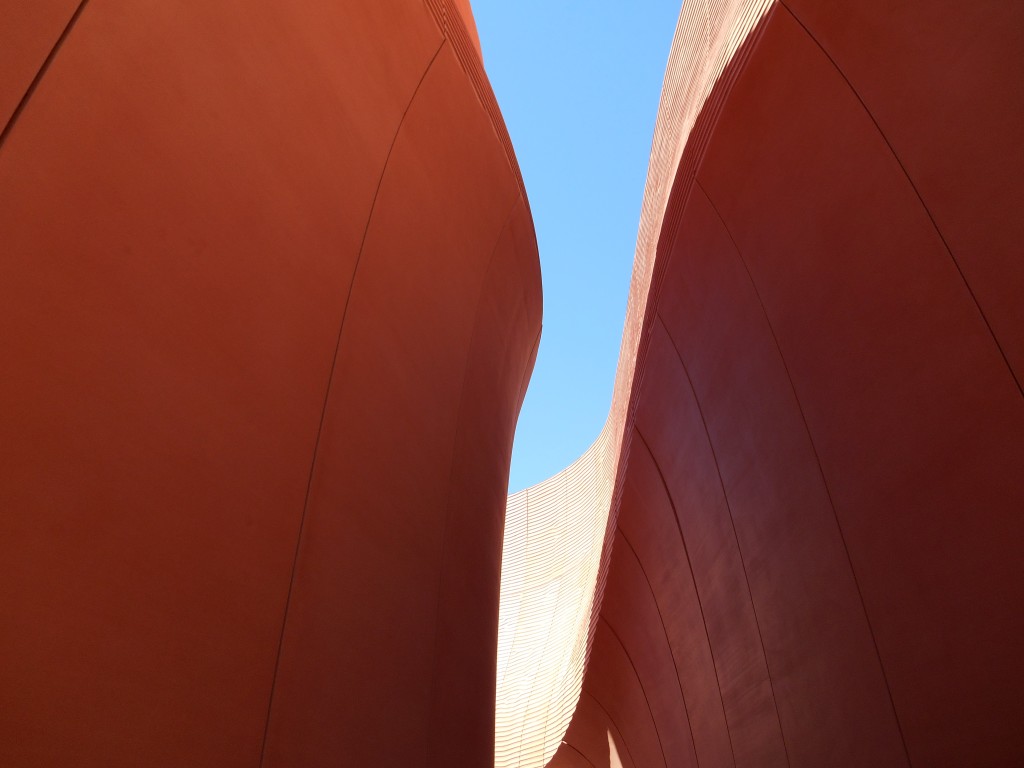 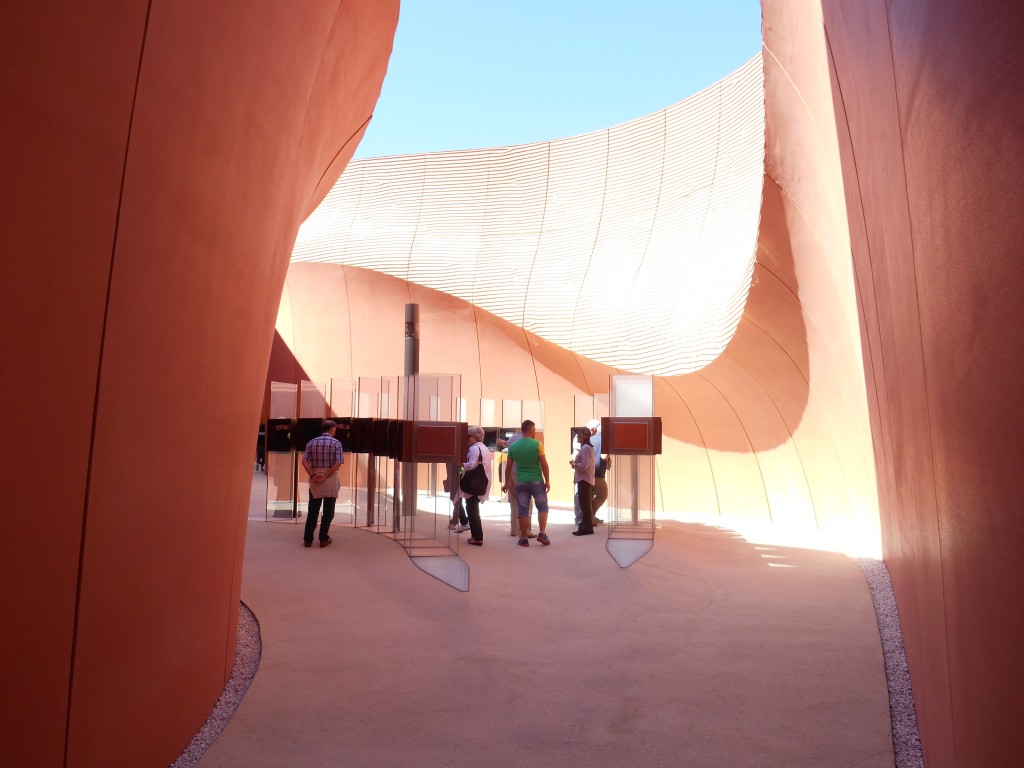 The pavilion is made of red painted concrete with curved shapes. The texture of the concrete actually comes from 3D scans of dune surfaces, giving it an interesting texture. The curves create really interesting dynamic spaces big enough for the amount of people they let in. When you get to the screens I highly suggest asking for help/explanations from the people working there, as they will be able to help you truly understand what is going on. They even have iPads that add another dimension to what is shown on the screens. The screens use a combination of physical objects and light projected animation that is really interesting.

After the two part exhibition on the problems and how they plan to solve them you get to the movie theatre (the third part). We had to wait a little while before being able to go in, but the movie theatre part looked like this: 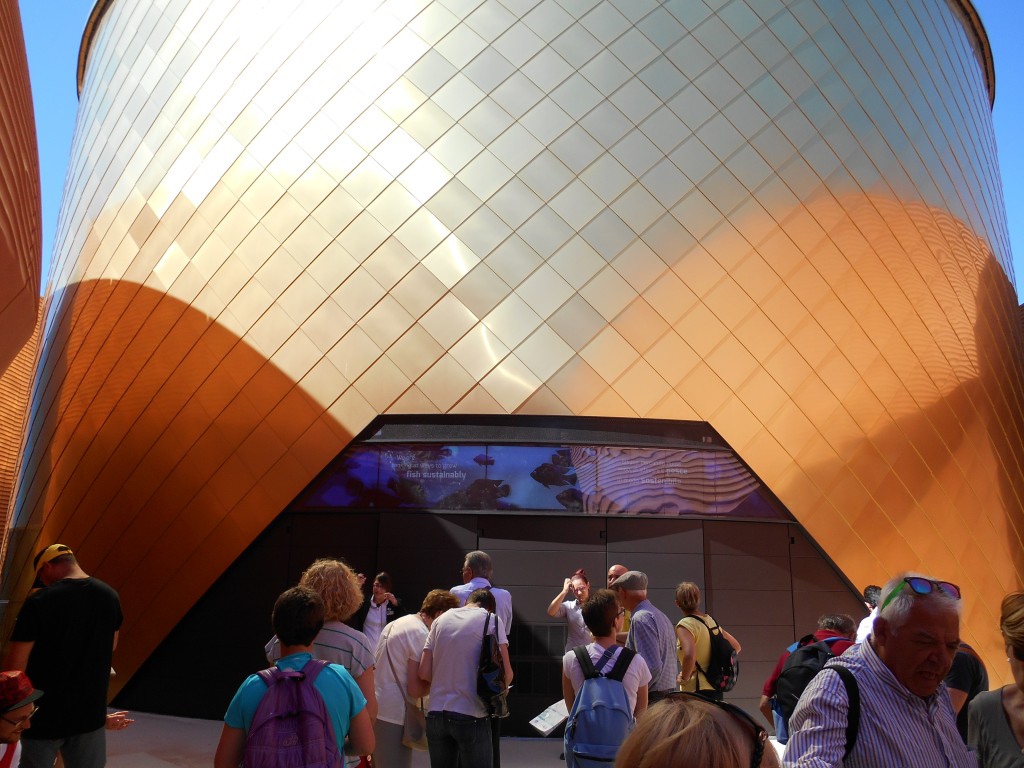 They showed a small introduction on the screens. The facade of the movie theatre was made of a gold-like plating, reflecting the sun and creating a nice addition to the red color of the walls. I won’t spoil the movie, so I won’t talk about it. After the movie bits, we continued to the fourth part of the exhibition, a space showing the innovative energy they (plan to) use and afterwards you moved through the interior of the pavilion to go to the exit. 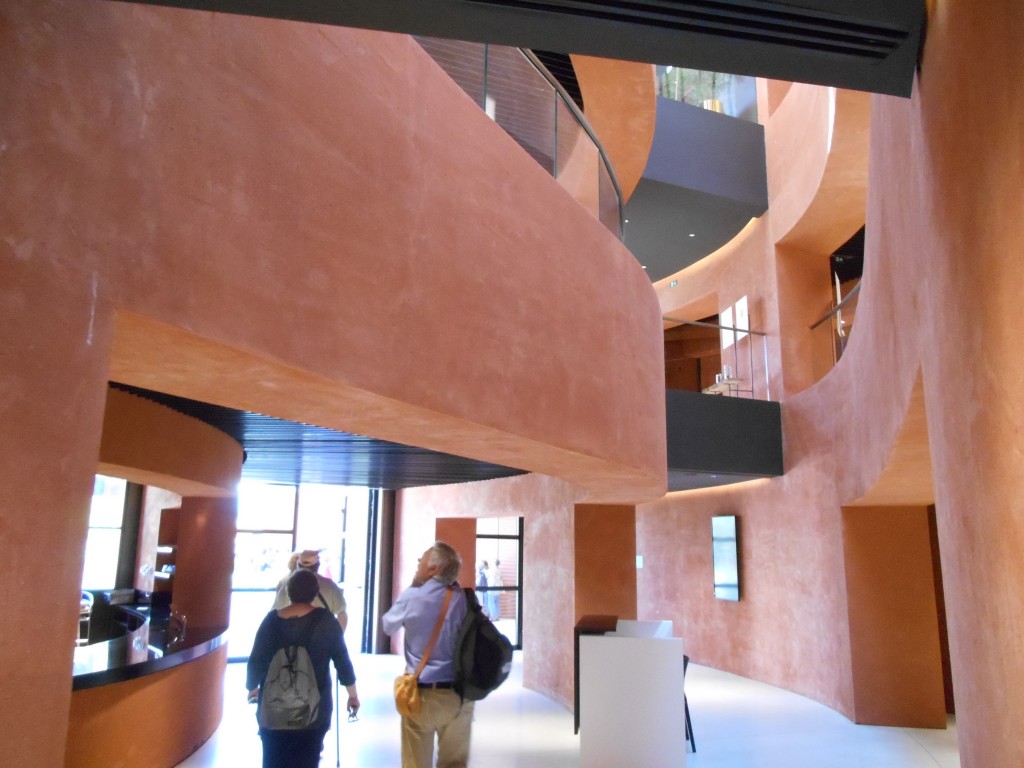 The interior was quite big, but I don’t know what happens on the other levels. The interior had the same color as the outside, but with a smooth surface instead of the rough pattern used outside.

Overall I really liked this pavilion because of the spaces created by the curved walls. I also enjoyed the way they handled the theme of the expo in their exhibition. Focusing on showing their innovative ideas to handle water and food production in a desert country. If you plan to visit this pavilion, I highly suggest going here first thing in the morning to prevent having to wait outside in the burning sun for an hour. But it will be worth the wait!